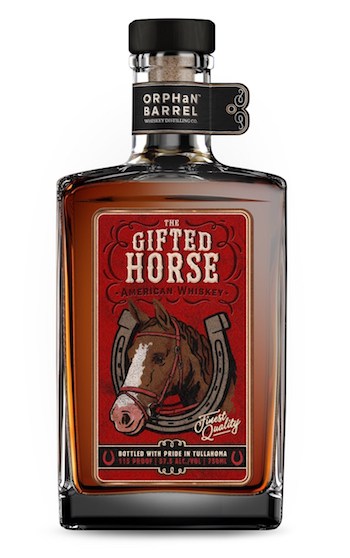 Editor’s Note: This review sample was tasted by our reviewer during a media event.

The Orphan Barrel project is an aptly-named venture from Diageo, which has, over the past several years, acquired unique access to various warehouses storing rare, mature bourbon and rye, some from cherished mothballed distilleries like Stitzel-Weller. Whiskey aficionados and collectors have been snatching up these releases – Old Blowhard, Forged Oak, Lost Prophet and the Rhetoric lineup – like casts of thirsty falcons, knowing they have some of the last drops of these discontinued, or at least very rare, spirits.

The trouble is, most of these whiskeys have spent over 15 years, sometimes 22 or more, sealed in new oak, which can impart some harsh, astringent characteristics depending on where and how the barrel it sat in was stored. Speaking of orphans, as Charles Dickens said in Oliver Twist, “There are books of which the backs and covers are by far the best parts.” The same could be said about most of those pretty looking bottles.

For their latest expression, they tried something different. Evidently, they had always set out to release a younger whiskey this time round, but a serendipitous accident changed their direction somewhat. Here’s how the folks from Diageo spun the tale:

The Gifted Horse (115 proof/57.5% ABV) is comprised of 38.5% 17-year-old Kentucky straight bourbon, distilled at the Bernheim Distillery historically located at 17th and Breckinridge in Louisville, Ky., while operated by United Distillers. It also contains 51% four-year-old bourbon and 10.5% four-year-old corn whiskey, both produced at a high-quality distillery in Indiana. Initially, these individual whiskeys were stored at their original distilleries before being moved to Stitzel-Weller, where the mingling error occurred.

The Gifted Horse’s package design reflects the lucky fortune in discovering such a unique whiskey, featuring a lighthearted illustrative style, a horseshoe and the prominently featured Gifted Horse image. Hinting at what’s inside the bottle, the weathered red label entices those to discover a whiskey bold and flavorful.

As for what I think of this blend, here you go:

Palate: The pear and apple mix with tart apricot and lemon, with roasted cashews, cedar, allspice and nutmeg. Adding water makes it taste like peanut butter and grape jelly spread on a salty pretzel stick!

Overall the finish falls a little flat. However, the fruitiness is a refreshing change, and plays well with the mature bourbon influences, like a scrappy kid with a trusty older sidekick.

Should you want to track a bottle of this one off whiskey down, expect to pay around $50 for it.