Jack Daniel’s is best known for Old No. 7, the Tennessee whiskey that sells more bottles than any other spirit in America. Even collectors with vast and impressive whiskey collections probably have a few bottles of JD hidden away somewhere, to trot out for parties or pour for visitors who are most comfortable with something they recognize.

But parent company Brown-Forman, which owns 18 brands that produce everything from wine to liqueur, is not shy about extending the Jack Daniel’s brand far beyond the well-known black bottles of Old No. 7. Jack Daniel’s has been producing a series of single barrel and limited releases for years, along with annual releases of rye, apple whiskey, cinnamon whiskey, and others, including pre-mixed cocktails.

2018 was the first time JD produced a Single Barrel “Heritage Barrel” release, though. According to the tasting notes, it “was crafted with a low temperature, heavy toasted barrel which created a light but rich char full of deep flavor.” The idea, in short, is that JD heated some of its barrels more slowly than normal to give them a deeper toasted layer before charring, then aged them in the highest rows of the hottest rickhouse at the Jack Daniel’s Distillery.

The Heritage Barrel is back in a limited run; Jack Daniel’s says Master Distiller Jeff Arnett selected fewer than 200 barrels for the release this time around. With an extra year of aging, the 2019 release offers everything the 2018 release did, only more so. 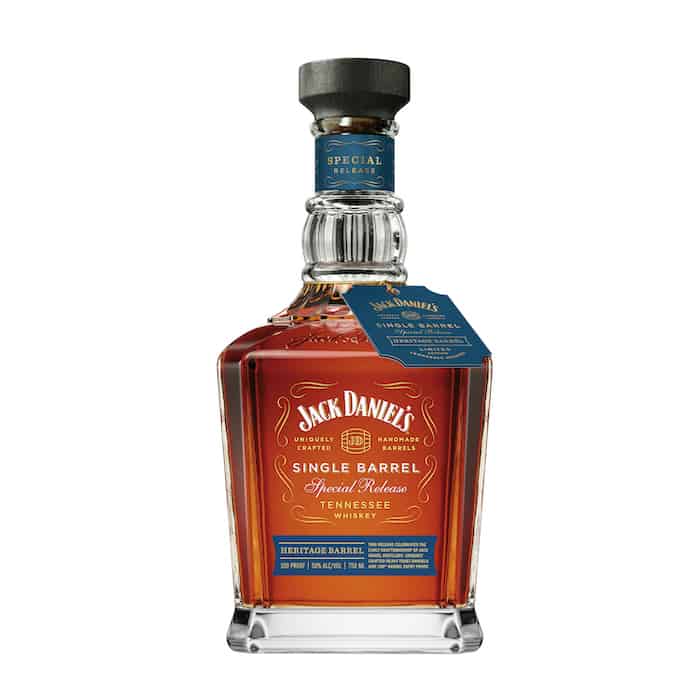 Nose: Vanilla, caramel, warm peanut butter cookies, corn syrup. We know, we know. This is Tennessee whiskey, which Jack Daniel’s makes a point to differentiate from bourbon. But it seems an awful lot like classic bourbon on the nose.

Palate: Boozy up front, with an initial hit of cinnamon toast. As that passes, you find vanilla beans, orange zest, caramel sauce, toasted-almond gelato, and chocolate-covered strawberries. The finish is medium to long, with hints of rum.

There are whiskies released at much higher proof than the Heritage Barrel, but the alcohol here tends to overwhelm the flavors a bit. With a little air and time in the glass, though, it mellows and there are nice flavors to be found.

This is definitely a step up from Old No. 7. It offers more of everything – smell, taste, finish, and alcohol (bottled at 100 proof rather than 80 proof). If you’re a fan of Old No. 7, you’ll adore this juice. Even if you’re not, there’s plenty to like. Jack Daniels’ says the Heritage Barrel is a nod to coopering and aging processes more typical of the 19th Century than the 21st, and the result is something the JD pioneers would undoubtedly be proud to call their own.