What It Takes To Make Farm Whiskey In North Pole, Alaska

With a temperatures that range from -14 degrees Fahrenheit all the way to 73 degrees F on average, North Pole, Alaska might not be the first place you think of when it comes to grain-to-glass distilleries, but Arctic Harvest Farm Distillery is doing just that.

It was around Christmas 2013 when Kelly Eggleston and her family decided they wanted to find a use for the grains they were growing on the family farm. Eggleston’s father started a hobby farm when he retired from the state of Alaska and was not selling much if any of the barley and other grains he was producing.

“Instead of trying to sell it, we thought ‘Why don’t we do something with it? Why don’t we distill it and do the whole thing from start to finish?’” Eggleston said. 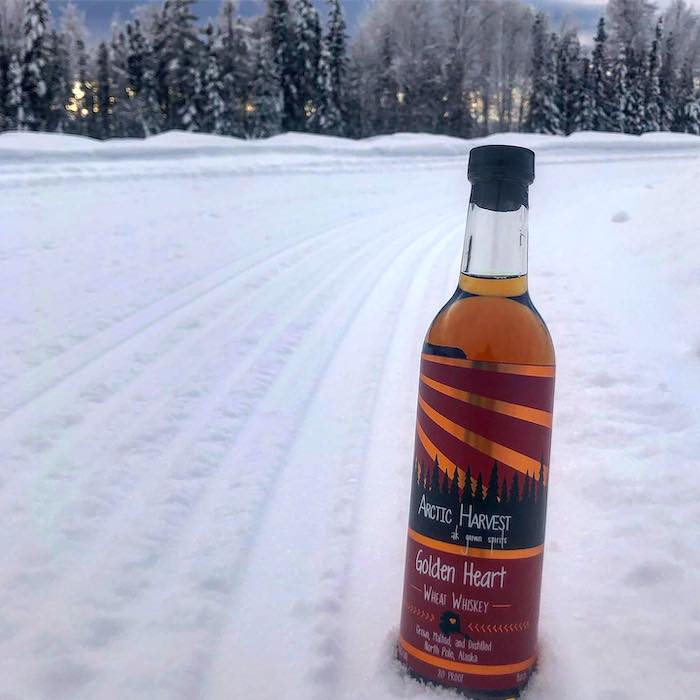 They broke ground on the malting and distillery facilities in spring 2014 and officially opened in spring 2017. Previous to opening Arctic Harvest, no one in Eggleston’s family had a background in distilling, she said, so they took a course at Moonshine University and watched countless YouTube videos to learn the process.

At their 500-acre farm, they currently grow barley, wheat, and rye — all of which are specially-formulated to grow in what Eggleston calls a short, intense Alaskan growing season (they also grow corn, but it has yet to yield a crop suitable for making whiskey). Soil breakup starts in April and it is in May (which is typically mild and may even get up into the 70s) that the fields are dry enough to run a tractor through. The growing season then runs through June, July, and part of August. It’s at this time, too, that Alaska experiences the midnight sun, when the area is exposed to sunlight until midnight. By Mid-August, the season is typically over as the temperatures begin to drop and it begins to rain more. Eggleston added that now that fall has arrived, the first frost is not far off. 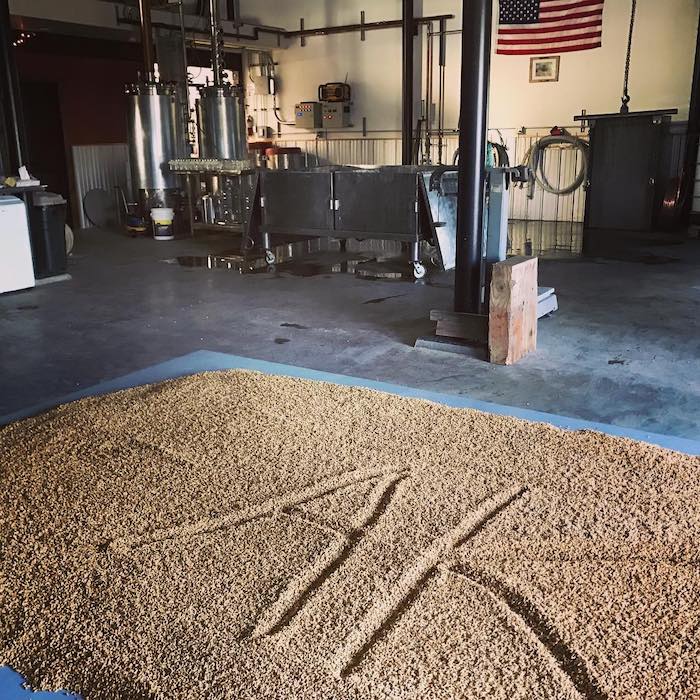 Once the grain has been harvested, it is brought to Arctic Harvest’s malting floor, where it’ll spend around a week malting. When they set out to make a true farm-to-glass distillery, Eggleston said they wanted to be involved in every part of the process, so a traditional malting floor was necessary.

With such extreme temperatures, it may seem difficult to do anything related to the distilling process — especially distilling or aging — but Eggleston says it isn’t because their facility, like the majority buildings in Alaska, is temperature-controlled.

“You can’t do much of anything in Alaska without temperature control,” she said.

After distillation — which occurs in either their whiskey still or their vodka column, both of which were homemade by Eggleston’s husband, a civil engineer — Arctic Harvest ages their spirits in a mixture of 15 and 30-gallon barrels, which are stored upstairs in the distillery. The only time major temperature swings happen that would impact the barrels in any way are during the summer, when temperatures can reach 80 degrees F or more. Eggleston adds that while aging in a non-climate-controlled environment – especially one with as large swings as Alaska – could lead to interesting end results, they are not quite there yet. 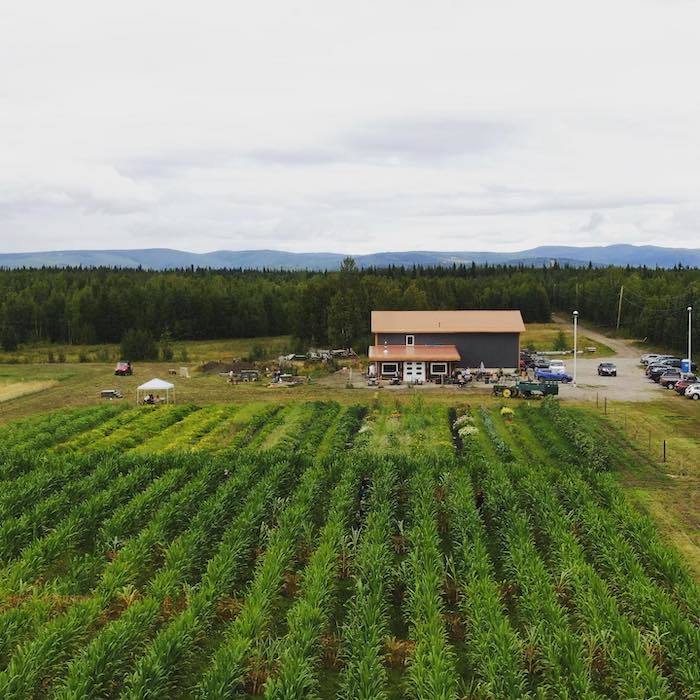 Arctic Harvest released their initial spirit, Solstice Shine Moonshine Whiskey, in 2017, a white whiskey that forms the backbone of many of their offerings. The distillery also produces a variety of aged whiskeys. Moonlit Winter Malt Whiskey is their flagship whiskey, but they also make whiskeys with their other grains showing predominantly in the mash – Golden Harvest Wheat Whiskey and Raven Rye, which is the most sought after of their spirits, according to Eggleston.

One spirit that only saw the midnight sun’s light briefly, Eggleston says, was an experiment made in partnership with the University of Alaska. The university crafted a 3-gallon barrel made of local birchwood, which they then used to age their flagship whiskey. The resulting product, was “completely different” than anything else they’ve produced, giving off distinct maple flavors among other interesting notes.

For those interested in trying the spirits, you will have to make a trip, as all their products are only available at the distillery. For them, Eggleston said, the amount they can produce — it is still a part-time job for everyone — does not outweigh the demand, even at their own facility.

The good news is that the distillery was designed to be a destination — if for nothing else than it is off the beaten path, even by Alaskan standards.

“If you put our address into GPS, it doesn’t show up,” Eggleston said.

Open Thursday through Sunday, there are tours and tastings are available, as are cocktails and food — whether it’s produced at the in-house kitchen or provided by food trucks. For those not looking for a spirits experience, they have a number of other options for entertainment, including a petting zoo and a corn maze which they create annually.

So, while Alaska may seem an inhospitable place more suited to Arctic fishing or sled dog races to many, Arctic Harvest proves that if there is a wish to make whiskey, there is a way.

Sam Slaughter is the author of the book Are You Afraid of the Dark Rum?: and Other Cocktails For '90s Kids. His work can be seen in Maxim, Bloomberg, InsideHook, The Manual, and more.