Westland Distillery, as one of the pioneers of the American single malt whiskey movement, is celebrating one decade of making whiskey this fall. To commemorate this milestone, among other endeavors, they’ve released a limited edition bottling.

The new Westland Tenth Anniversary Edition Deacon Seat, according to those behind it, is the second such bottling to fall under this name. It is described as an expression that “combines the core elements of our house style with the whiskey pulled from stocks of exploratory projects including Garry Oak, new barley varieties, Cask Exchange, and more.” 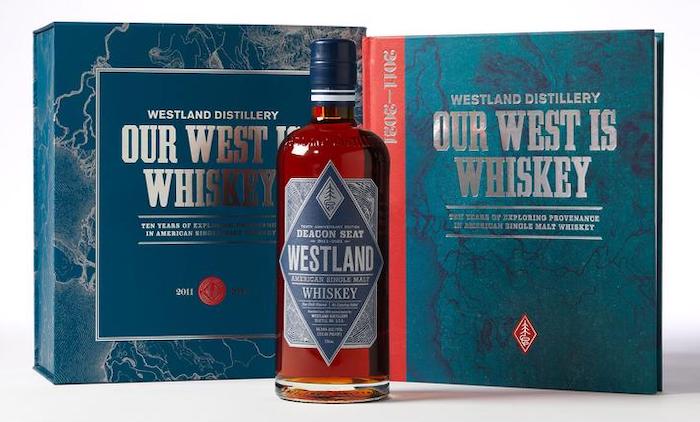 Accompanying this release is a special 10th anniversary coffee table book which looks back over the history of Westland as well as what the brand feels is next for the distillery and American single malt in general.

“A decade. To some it’s a barely noticeable blink in a timeline that’s centuries old,” noted the distillery team on its website. “To our team here at Westland it’s nearly a lifetime. We’ve grown from a small Seattle upstart into the leading voice in American Single Malt on the global stage. It’s been ten years of inspiration, trepidation, arduous work, camaraderie, setbacks, and successes. In a relatively short time, our brand has arguably given birth to an entirely new category in the world of whiskey and has left an indelible mark on an industry that trades in long histories.

“We’ve demonstrated that not only should America have a voice on the global stage of single malt, but that we can stand tall alongside the finest whiskeys in the world, regardless of how long the distilleries that make them have applied their trade. So ten years after spirit first flowed from stills, we thought it proper that we acknowledge the milestone with due ceremony.”

Just 400 of the Westland Tenth Anniversary Edition Deacon Seat boxed sets are being released, each pricing around $300. They are available for purchase directly from the distillery. You’ll find more official information, including tasting notes, below.