Virginia Distillery Co. is known in its namesake state for producing a port cask finished single malt whisky  made from 100 percent malted barley. It’s a blend of whiskey made in house and whisky brought over from Scotland. The distillery has done a few other cask finishes over the years as well, and it’s now debuting a new beer cask finished series that’s developed in conjunction with local breweries.

The new Brewers Batch Virginia Highland Whisky, according to those behind it, kicks off in partnership with Three Notch’d Brewing, said to be a Central Virginia favorite. For this particular expression the brewery created a Wee Heavy style beer and aged it in casks which once held the distillery’s whisky. Virginia Distillery then took the barrels back for finishing this inaugural release of Brewers Batch. The whisky finished in these casks for 12 months. 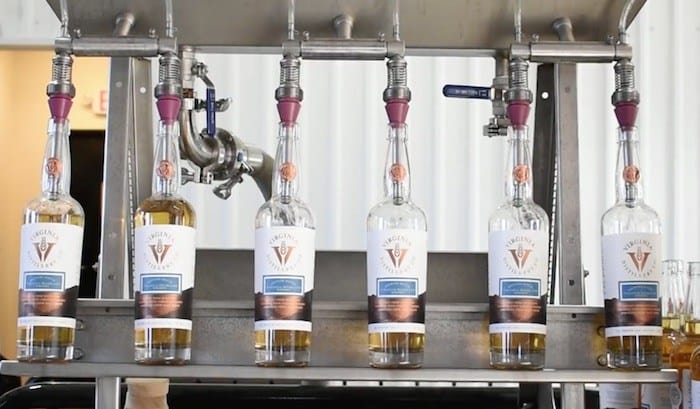 Around 240 cases of this whisky were make for this first offering, and the expression is set to price around $65 when it debuts this month in Virginia. A small amount will also be available in Washington, DC. Limited official tasting notes from Virginia Distillery Co. suggest “dark dried fruit, mocha and toffee are evident with a hint of bittersweet chocolate on the palate. The beer influence is there, resulting in a biscuit and vanilla note which accentuates the malt notes in the whisky.”