Virginia Distillery Company is one of the more specialized players in the developing American single malt market, having as its core expression Courage & Conviction. Now it is expanding upon this, adding individual bottlings of the core trio of casks – bourbon, sherry and cuvée – that make up the flagship offering.

The three new whiskeys in the distillery’s American single malt line up, according to those behind it, are, like the flagship whiskey, distilled on-site using 100% North American malted barley and mountain spring-fed water, followed by aging a minimum of three years. They are as follows:

“These individual bottlings are a great way for us to highlight the casks that are foundational to the Courage & Conviction line,” said Virginia Distillery Company CEO Gareth H. Moore in a prepared statement. “One example is that we are one of only a handful of distilleries in the world to use these unique Cuvée casks, a profile developed by the late Dr. Jim Swan.” 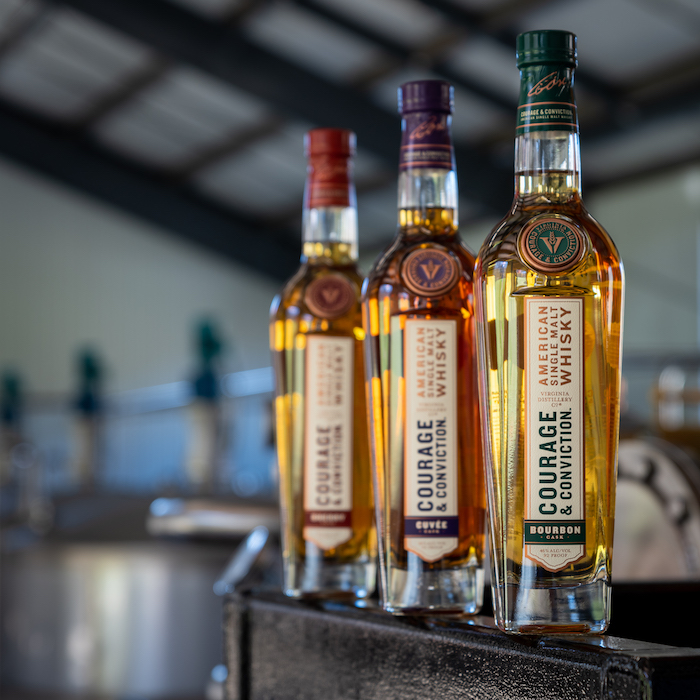 The first batch of these three new whiskeys are dedicated to Nancy Fraley, a master blender and consultant who works with distilleries worldwide on maturation programs and sensory analysis. Fraley is one of Virginia Distillery Company’s key mentors.

“Nancy is a great friend and mentor to our team at Virginia Distillery Company,” added Moore. “We are thankful for her guiding nose and so happy we can recognize her by dedicating the inaugural batch of these three new expressions to her.”

Plans call for these expressions to initially be available in Virginia, followed by roll out to retailers across multiple states in the following weeks and months. They will also be available online where possible for nationwide direct shipping. Each expression is available in a 750ml, retailing for around $85 per bottle with a 46% ABV.