The popular High West distillery in Utah is known as being an expert in the art of blending sourced American whiskeys into its well regarded rye and bourbon offerings. They also do distilling in house, and one of the more recent releases to be considered from this side of their operations is an American single malt whiskey.

The new High West High Country American Single Malt, according to those behind it, was crafted in part to celebrate the distillery’s 10th anniversary. It is a blend of 100% copper pot distilled malt whiskeys aged 2 t0 9 years, consisting of mash bills that are 100% base malt, 100% tri-malt and 100% peated malt. Aging took place in new and used charred white American oak barrels, with a portion finished in French oak port barrels.

“We distilled High Country American Single Malt ‘on-the-grain’,” said Brendan Coyle, High West Master Distiller, in a prepared statement at the time of its release. “As opposed to single malt scotches, we leave the grain in during fermentation and distillation.” 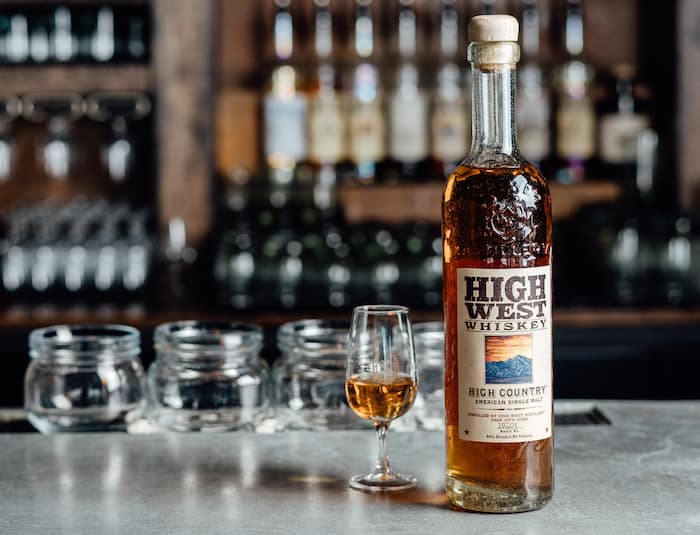 It was noted by the distillery that the technique described by Coyle “produces a whiskey that shows its distinctive and delicious American qualities with a heavier mouthfeel and roasted malt character.”

This 88 proof whiskey is non-chill filtered and also has no coloring or flavor added. It prices for around $80 per 750 ml bottle, and you’ll find some official tasting notes below for your consideration from High West.