Uncle Nearest Whiskey To Get Its Own Tennessee Distillery

Nathan “Nearest” Green, as the story goes, lived in Lynchburg, Tenn. back in the early days of Jack Daniel’s history. This first on record African American master distiller in the United States has come to light in recent years as being the first true distiller tied to the Daniel’s brand, having taught the namesake to distill. A whiskey brand inspired by Green popped up on the market last year, and now plans are in the making for a Tennessee distillery to further his legacy.

Uncle Nearest Premium Whiskey has announced it’s planning a distillery, tasting room and music venue for a Tennessee Walking Horse farm and event center called Sand Creek in Shelbyville, Tenn. As the whiskey they are currently distilling (Uncle Nearest Premium Silver) is made using a 19th century recipe, saved from a fire in Lynchburg, what they say will come as a surprise for many is a decision to build its distillery operations outside of Lynchburg. The famously small town is where Green lived and made whiskey in what was then known as Lincoln County. The company already owns the 313-acre farm where the original Jack Daniel Distillery was located until May 31, 1881, and where Green taught Daniel the art of making Tennessee whiskey. 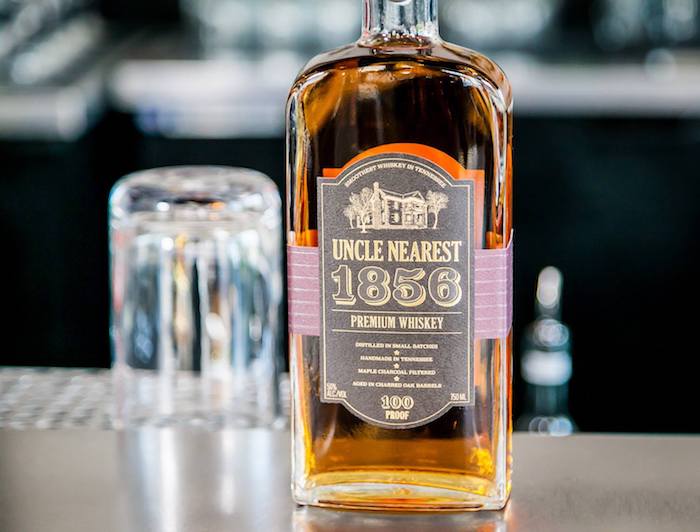 “We know most expected us to build at the historic Dan Call Farm,” said Kate Jerkens, vice president of sales and marketing for Uncle Nearest Whiskey, in a prepared statement. “But if you’ve ever been to Lynchburg, you know it’s Jack Daniel country. They’ve spent more than a century and a lot of marketing dollars putting Lynchburg on the map. We decided to build outside of Lynchburg for a few reasons. One was our enormous respect for Jack Daniel, making sure we always reciprocate the respect he paid to Nearest and Nearest’s children.”

Plans call for the 270 acre Sand Creek Farms to have over 100 acres of corn planted on it. This “Field of Dreams,” as it is being called, will come complete with walking paths throughout and wells delivering natural spring water.  Several of the current buildings on the property will be converted for distillery operations. A large hay barn is being reworked into a 3,500-barrel rickhouse, and the largest building on the property will be expanded to include a gift shop and tasting room. A 300-foot former horse barn is being converted into the Nearest Green History Walk.

Guests leaving the visitor center will be guided to walk through the interactive gallery that will tell the history of African-American contributions to the whiskey industry, as well as the history of Nearest Green. The current 600-seat sales arena is being reimagined to double as a private concert venue for country music artists.

The Uncle Nearest recipe includes corn malt, so there is also consideration of building a malt house. The aged whiskey itself  is currently being made in concert with a whiskey-maker in Nashville and will continue as such until the distillery is complete. Their inventory of barrels previously sourced from two Tennessee distilleries will continue to serve as the base, with the final filtration step being brought in house following the build-out of the distillery’s own processing plant.