The Nearest Green Distillery, homebase for the Uncle Nearest American whiskey brand, reopened its doors the public over the weekend in Shelbyville, Tennessee following a more than yearlong closure during the COVID-19 pandemic. This comes as the company has also revealed the next phase of a multi-phase, $50 million dollar expansion project.

The reopening occured on Juneteenth and celebrates the accomplishments of all African American people in U.S. history, including the distillery’s namesake Nearest Green, a formerly enslaved man now known as the first African American master distiller on record.

Fawn Weaver, CEO and founder of Uncle Nearest, and Victoria Eady Butler, fifth-generation Nearest Green descendant and Master Blender, hosted more than 100 descendants of Green from around the country for a private preview party two days prior to the public opening. 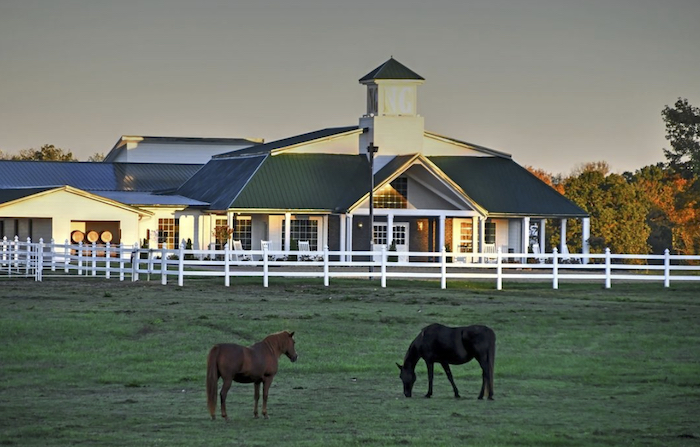 A portion of the Nearest Green Distillery (image via Uncle Nearest)

“At Uncle Nearest, everything we do has significance beyond the product we sell – it’s why our main hashtag on social media is #MoreThanWhiskey,” said Weaver in a prepared statement. “We could not be more honored to have the opportunity to share the history of Tennessee, and to couple that with honoring the history of one of the greatest figures in the spirits industry, Nearest Green.”

The brand noted of its location that, “formerly home of the famous Sand Creek Farms, a Tennessee Walking Horse farm and event center, the Nearest Green Distillery officially opened its doors on September 14, 2019. While open, the distillery experienced sold out tours, and has become known as a full-blown destination for whiskey enthusiasts, Walking Horse lovers and families.”

Travelers visiting the distillery will now experience the newest elements of the property, including:

Two more additions are also set to open later this summer – “Humble Baron, an entertainment venue, restaurant and home to the world’s longest bar, and the Nearest Green Still House, where Uncle Nearest will distill its premium whiskeys for centuries to come.”