The story of Uncle Nearest, an American whiskey brand, is centered around the first African-American master distiller on record in the United States, Nathan “Nearest” Green. Green’s tale has come to light in recent times as being the first true distiller tied to the Jack Daniel’s brand (though Brown-Forman, Daniel’s parent company, does not own Uncle Nearest), having taught the namesake to distill. Uncle Nearest has had a few busy years thus far with its 1856 whiskey release and plans for a Tennessee distillery. Now word is they are debuting another whiskey offering that’s said to be lighter bodied for sipping.

The new Uncle Nearest 1884 Premium Small Batch Whiskey, according to those behind it, is a minimum seven year old whiskey drawn from barrels hand selected by Fawn Weaver, CEO and co-founder of Uncle Nearest Premium Whiskey. What’s of particular interest around this release as well is that each batch of it “honors Nearest’s memory through his family’s personal involvement in the blending process, with each batch curated by a different descendant of the legendary master distiller and the back label of each bottle signed by the descendant who created that batch. The first bottles hitting shelves are curated by Victoria Eady-Butler, great-great-granddaughter of Nearest, shareholder of Uncle Nearest and its Director of Administration.”

“If my great-great-grandfather were alive today, I know how proud he would be to see us keeping his legacy alive through the continued growth of this brand,” said Eady-Butler in a prepared statement. “When Fawn first agreed to shine a light on our ancestor by putting his name on a bottle, we never could have imagined where Uncle Nearest would be two years later, with people around the world knowing the name Nearest Green. I speak for our entire family when I say we’re thrilled to be a part of his legacy.” 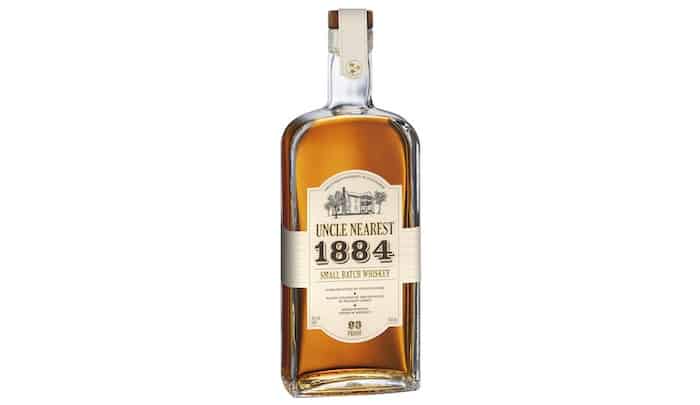 “We set out to cement Nearest’s legacy and to ensure his contributions to the Tennessee Whiskey industry would never again be forgotten,” added Fawn Weaver. “With every bottle containing the signature of the descendant who created it, Nearest’s family is picking up where he left off. More than one million glasses of Uncle Nearest have been raised around the world in salute of this great innovator. This ensures millions more will be raised over the next year.”

As it stands now plans call for Uncle Nearest 1884, so named because it “commemorates the final year Nearest is believed to have put his own whiskey into barrels before retiring from distilling,” to price around $50 per 750 ml bottle and be bottled at 93 proof. It should be noted as well of the Uncle Nearest brand that, since launched in 2017, that it has since won 40 awards and expanded into all 50 states and 10 countries (with shipping available to 148 countries). It can now be found in nearly 6,000 stores, bars and restaurants.