The Magic Of Malting Makes For California Whiskey Wonders

The story seems simple: Good grains, good water and good time doth a good whiskey make. But no, the enzymatic dance of sugars and starches alone is a chemical complexity, where art and science have to partner on the floor. In one case, literally on the floor—the malting floor, that is.

Admiral Maltings is an Alameda, California–based supplier of malted grains (predominantly barley malt) that are giving a broad range of mostly California craft distillers and brewers unusual and acclaimed flavor notes, and distinctive qualities in their products. Besides their sourcings of organic and sustainable grains, their floor-malting process is distinct. “Floor malting is revered by distillers and brewers all over the world,” says Ron Silberstein, co-founder of Admiral Maltings.

Silberstein visited several distinguished floor-malting operations in Scotland and in some U.S. states to determine the best practices, and then combined modern equipment with classic methods. The fresh grains are soaked to begin their starch-opening germination, then floor-raked in measured layers for controlled air exposure. And then Admiral Maltings fires up the kiln. 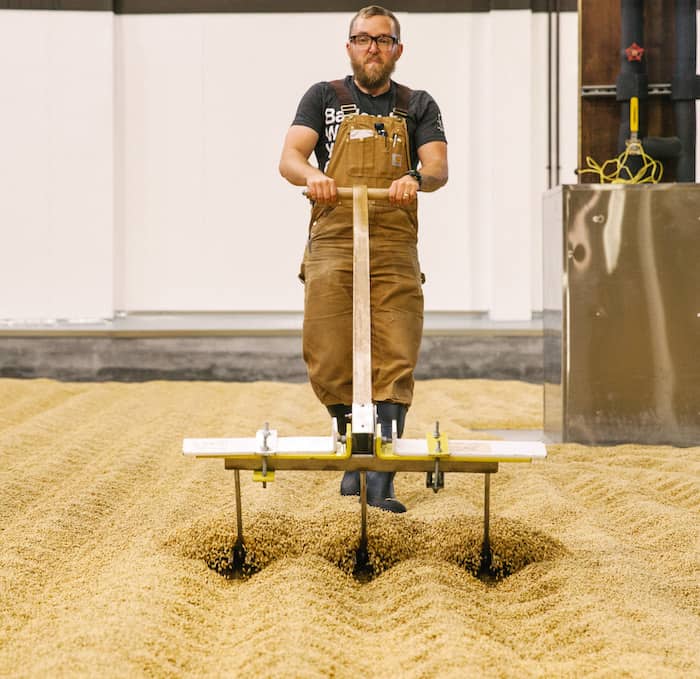 “That process of steeping, germinating, and then drying in the kiln takes those starches that are enclosed in protein matrixes and makes those starches water-soluble,” says Silberstein. “We provide malt that’s freshly kilned. Unlike any other major maltster, we literally pack kilned malt in a bag and ship it on to our customers that day or in two days or in two weeks or in two months,” he says. “The volatiles, the aromatics, the qualities of freshly kilned malt—the distillers notice it and they give us accolades for that.”

Distillers are using various versions of Maltings malts for their whiskeys, depending on the flavor characteristics they want. “They’ll use some of our more heavily kilned malts, like Admiral’s Hearth and Kilnsmith because they love the character that gives to the wash and that carries over into the distillation. Others use our California Spirit Distiller’s Malt. That particular malt is made for distillers because of its high enzymatic content, especially with adjuncts such as corn in bourbon,” says Silberstein.

Silberstein regularly consults with distillers and brewers on malt uses. “We work with them on their mash bill, with how much they might need of the California Spirit malt. On what other malts have the kind of flavor that carry forward,” he says. “How to mill it, how do you hammer it? Because distillers will do different things: Some create a mash and they extract the sweet liquid. They ferment that. They don’t need to boil it. Others might ferment on the malt itself,” he says.

However brewers and distillers approach the use of the malts, one thing they can count on is that the grains are sourced with the environment in mind. The farmers that Admiral Maltings works with use certified organic methods or no-till and dry-farm agriculture, which sequesters carbon in the ground, requires fewer nutrients and reduces erosion. And the grains (which besides barley include rye, wheat and oats) are as broad in variety as they are in their history.

The Spanish brought to California a barley variety called Atlas that was grown at the beginning of the 20th century. The University of California at Davis has worked with developing subsequent barley strains for long years, and in his early malting days Silberstein consulted there with Dr. Michael Lewis, the nation’s first endowed professor of brewing science. Admiral Maltings still works with UC Davis on grain-science developments now. 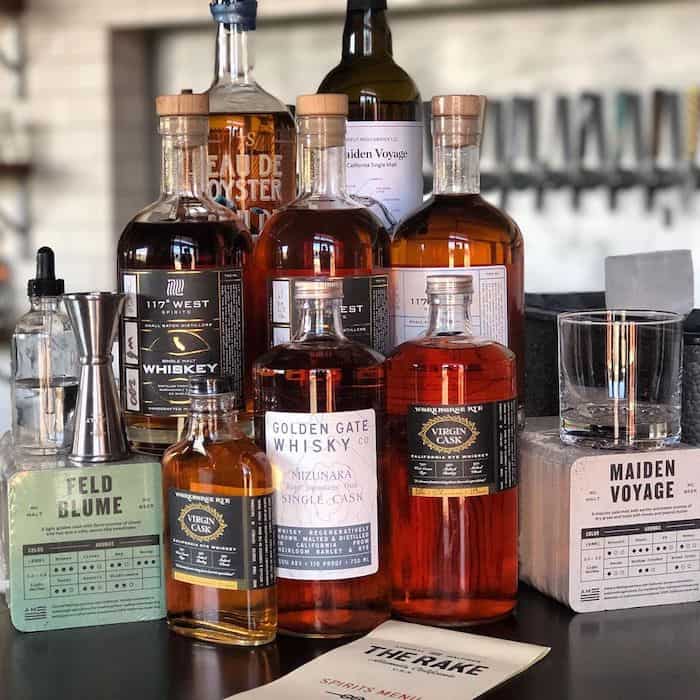 Silberstein goes back a distance in his brewing history: originally an immigration lawyer, he went from a home-brewing interest to opening the ThirstyBear brewery in San Francisco in 1996, now the oldest brewery restaurant in San Francisco, and as of 2007, the first and only organic brewery in the city. His interest in organic grains and the malting process grew, and in 2017, with partner Dave McLean he co-founded Admiral Maltings.

One of the ultimate benefits of supplying distillers and brewers is to get a taste of their work. Admiral Maltings has made that easy for themselves—and their customers and friends—by opening The Rake, a pub close by their malting factory. There they serve 20 brews on tap, canned craft beers, and a range of whiskeys, from single-malts to wheat and rye drams, all touched by the magic of malt.

The Covid crisis did affect the business, but things are settling down. “We had a very precipitous fall of orders right after Covid hit and with shelter in place,” says Silberstein. “But now, with outdoor seating allowed, and the ABC expanding license premises to what we control, we have all sorts of picnic tables and other tables in the parking lot, and we’ve erected shade structures and put in umbrellas, and we’re actually doing better business than ever the past couple weeks. It’s going back towards normal” he says.

The company also malts grain for other businesses—for instance, they took an order from Sierra Nevada brewery to malt 60,000 pounds of their estate barley, into five different malts. The company continues to research its processes to produce different malts. “We have experimented, mostly to get the best modification or the best result we can, but also to create new malts. That’s the beauty, actually, of what we can do,” says Silberstein.

“We can be twice as expensive as their regular commercial malt or even more, but everyone loves our malts,” says Silberstein. And more and more people are loving the products of those malts.

9
Shares
1.8k
Views
Share on FacebookShare on TwitterGet Our Newsletter
Get The Macallan® Rare Cask at ReserveBar. Shop now!