Templeton Rye Settlement: What To Know To File A Claim

The ongoing saga of the bottle labeling practices of those behind Templeton Rye whiskey drew one step closer to being completed as a website has now gone live with information on how consumers can claim a stake in the $2.5 million set aside to settle a related class action lawsuit. This money is on top of required changes to the Templeton Rye bottle labels, which we chronicled towards the end of July after they were approved by the TTB. 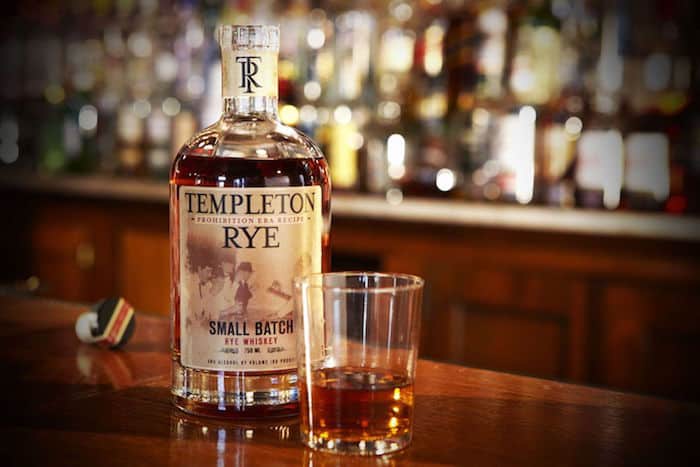 If you are unfamiliar with what this lawsuit was about, or just in case you need a quick refresher, here is the nuts and bolts version as drawn from the settlement website:

A class action is a lawsuit in which one or more Plaintiffs—in this case, Plaintiffs Mario Aliano and Due Fratelli, Inc. (collectively, “Plaintiffs”)—sue on behalf of themselves and other people who allegedly have similar claims. Here, Plaintiffs filed a class action complaint against Defendant Templeton Rye Spirits, LLC (“Templeton Rye” or “Defendant”) in the Circuit Court of Cook County, Illinois, on behalf of a proposed class of purchasers of Templeton Rye whiskey, alleging that Defendant engaged in deceptive marketing and charged premium prices by stating that its whiskey was “small batch” and “made in Iowa.” Templeton Rye denies any wrongdoing, and it has demonstrated to the Plaintiffs that Templeton Rye whiskey is not a “stock whiskey” that is simply purchased from a third party and poured into a bottle for sale.

Although Defendant denies Plaintiffs’ claims of wrongdoing, the Parties have agreed to settle the lawsuit by entering into a written settlement agreement entitled “Class Action Settlement Agreement” (the “Agreement” or “Settlement”). The individuals on whose behalf the Settlement has been made are called “Settlement Class Members.”

This agreement, which was given the preliminary okay by an Illinois court in late July, still must go through a final hearing in early December before money is distributed to those who file a claim. If you believe yourself to be one who might be eligible for so called “monetary relief” there are a few things you need to know first:

You can read more about how to file a claim, and find the necessary paperwork to do so, at this page. I’ve also embedded the settlement agreement at the end of this story for your consideration.

Now one thing I find particularly interesting to note for all the whiskey purists out there from all of this in the agreed upon language between the Templeton Rye people and those at the heart of this lawsuit is what this whiskey was defined as: “the parties agree that Templeton Rye is not a ‘stock whiskey’ sourced from a third-party and labeled ‘Templeton Rye.'”

Furthermore, as it is put another way on another part of the site, “Templeton Rye is a unique product made up of several ingredients that are combined in Templeton, Iowa.”

Take from the fact it is not considered a “stock whiskey” what you will.