Endless West, a tech startup out of San Francisco, California, is a company on a mission to produce whiskey-like spirits “using pure flavor and aroma molecules extracted from nature” that are “made without traditional inputs like aging or barreling.” We reviewed their first release in this regard last year, and now they are back again with two new offerings.

The new Glyph Spice, according to those behind it, is said to be inspired by American bourbon. It is described by the brand as “a medium-bodied spirit with notes of nutmeg, cassia, oak spice, caramel undertones and banana aromas. It is crisp and carries an earthy, savory finish — perfect for those nights by the fire pit.” 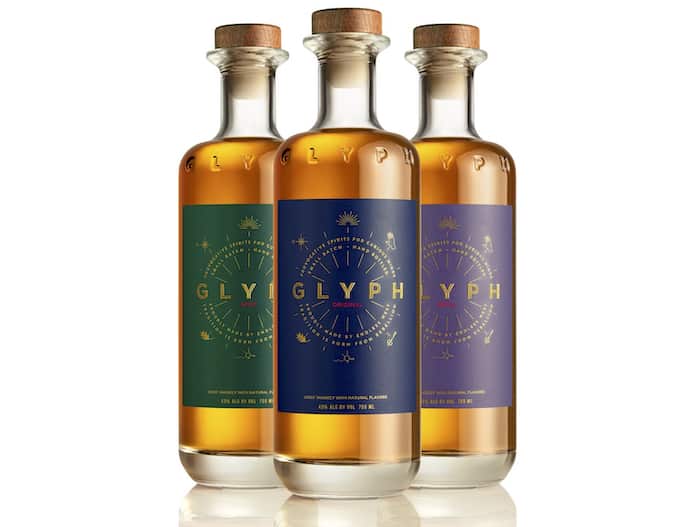 The other new release, meanwhile, is Glyph Royal. It takes its cues more from a sherry cask aged Scotch, offering what’s said to be “a deep bold warmth for the soul that pushes the boundaries of Old-World traditions. It is full-bodied and luscious with notes of coffee, dried fruit, burnt sugar, almond skin and sherry, and ends with a light twist of citrus.”

“Who says time is necessary to make a fantastic spirit?” said Alec Lee, Endless West’s CEO, in a prepared statement. “We’ve been supported and inspired by a number of open-minded, creative folks in the industry and beyond. Like Glyph, we want to highlight people who are doing things their own way.”

As it stands now both these offerings are available in 750 ml bottle sizes, pricing between $25 and $30 each. Both clock in at a fairly low 43% ABV. The company, it should be noted, was founded by Lee and Mardonn Chua, and also sommelier, Josh Decolongon, in 2015. It has raised nearly $30 million in funding to date.

13
Shares
803
Views
Share on FacebookShare on TwitterGet Our Newsletter
Read More Whiskey News
Whiskey Review: Westland Garryana Edition 5
Cheers to the Dads! Personalize a bottle of his favorite whiskey to create a modern gift for the modern man. Use code: FATHERSDAY20 for $20 off your next order of $100 or more at ReserveBar