Released annually since 2000, each lot of St. George Single Malt Whiskey has evolved since the first release, thanks to the distillery’s ability to draw from its growing whiskey library, aging in an assortment of casks.

They call it a liquid timeline of the distillery’s commitment to American single malt. 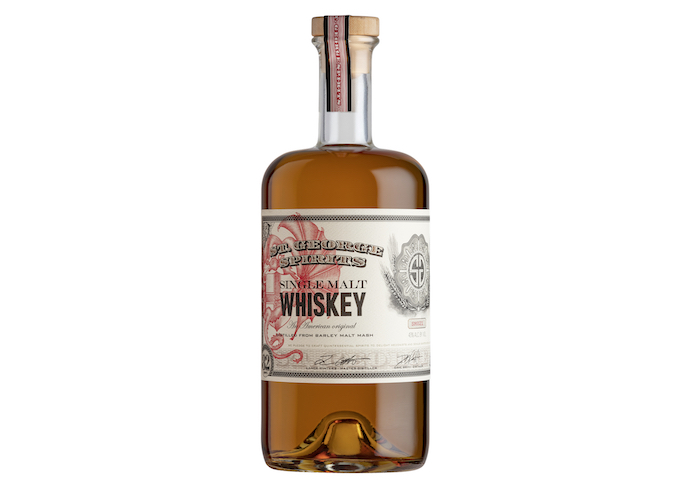 For Lot 21, St. George Spirits Head Distiller and Blender Dave Smith selected and blended 26 barrels from the distillery’s inventory. Dave’s approach, palate, and art of blending have shepherded the development of the Lot series of St. George Single Malt Whiskey for the last 11 years.

“If you know our single malt whiskey, then each Lot should be akin to visiting an old friend who has a few new stories to share with you,” Smith said in a prepared statement. “Each single malt whiskey barrel in our inventory is individually considered for its own merits and blending potential for this year’s Lot. Once we’ve created aromatic and tasting notes for every barrel, we review which barrels seem to be at a peak in their aging potential and carefully create small blends from those few chosen casks. Ultimately our efforts are less for consistency alone but to surprise and delight fans of our single malt whiskey.”

In 1996, master distiller Lance Winters joined St. George Spirits with the express purpose of making single malt whiskey. The category of “American single malt” didn’t exist yet, but Winters’ brewing background informed his vision for what would become the Lot series.

The Lot 21 release comes just as the distiller approaches the 40th anniversary of St. George Spirits in early 2022.

St. George will also host a special release day at the distillery’s bottle shop on Dec. 4, starting at 1 p.m. Pacific through 4 p.m. or until the inventory is sold out. Master Distiller Lance Winters and Head distiller/blender Dave Smith will be on-hand for bottle signing.

For more information, check out stgeorgespirits.com.