35 years now has St. George Spirits out of California been at the forefront of the craft distillery movement in the United States. As one of the oldest of its kind out there, it has a lot to celebrate in a time when artisan spirits in general, and whiskey specifically, are going through a renaissance. It is with great interest therefore that they’ve unveiled the very limited edition St. George 35th Anniversary Single Malt Whiskey. 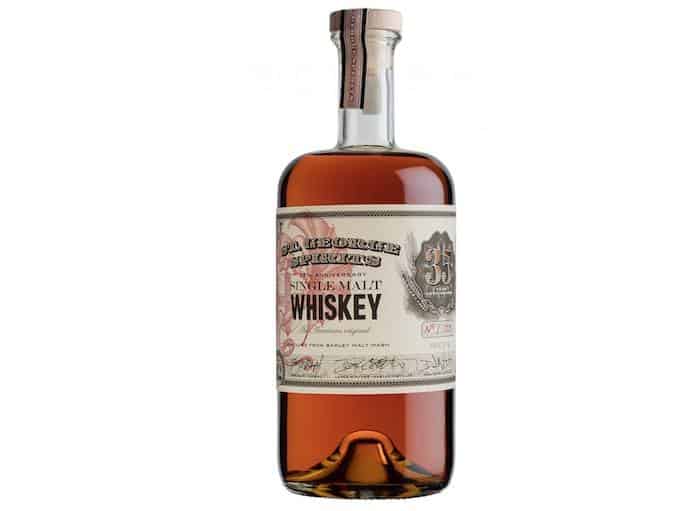 “Every release of our single malt needs to be iconic,” said St. George head distiller Dave Smith in a prepared statement, “and we endeavour to exceed expectations with each expression. It was a genuine joy and honor to build upon the legacy of our whiskey program by blending this 35th Anniversary release.”

As for the specifics of the blend, here’s notes on each barrel as outlined by the distillery:

Only 771 hand numbered and signed bottles of St. George 35th Anniversary Single Malt Whiskey are planned for release, with each being bottled at 41% ABV. Each 750 ml bottle comes in an oak box, and you’ll find official tasting notes for this whiskey below for your consideration.