Distilled on two hand-built-from-scratch stills designed by Head Distiller Craig Engelhorn and constructed by Engelhorn and his partners, the bottling has been aged for more than four years in new, fully charred American oak barrels before being bottled in an unblended “single-barrel” fashion. With a grain bill made up of 70-percent rye and 30-percent Colorado-sourced malted barley, this is a high-rye whisky is said by those behind it to be complete with strong notes of black cherry and stone fruit. 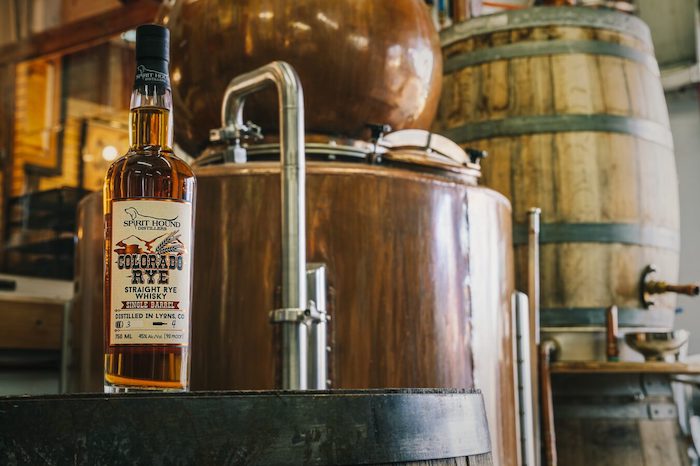 The Four-Year Rye Whisky is a part of the Spirit Hound Barrel Program, a community-based celebration of the distillery. Upon its opening in 2012, Spirit Hound offered a program for whisky lovers to purchase a barrel, which helped to fund startup costs, grain and barrels. While funding is no longer a need for the distillery, fans of the distillery are said to have remained an integral piece of the distillery’s culture and have continually requested to become barrel owners.

“The whisky community and the Colorado community are so important to the Spirit Hound team,” Engelhorn said in a prepared statement. “We are blown away by the support we’ve received and want to continue to make our fans feel like family.”

With a limited number of 750 ml bottles available, the Four-Year Rye Whisky is priced at $64 and for sale at the distillery. Currently, Spirit Hound products generally are available in Colorado, Texas and Nebraska, with limited shipping out of state through select retailers, including Davidson’s Wine and Spirits.