Spirit Hound Distillers, based in Lyons, Colorado, was founded back in 2012 by friends and business partners—Craig Engelhorn, Wayne Anderson, Matt Rooney and Neil Sullivan. One of the very first things produced there was an all-malt, 100 percent Colorado whiskey aging in 53 gallon American oak barrels. Only a year later severe local flooding threatened the original six whiskey barrels and damaged the distillery’s hand-built-from-scratch stills.

Apparently the whiskey from said barrels survived, with at least the very first barrel continuing to age until recently. Now, tied to the the seventh anniversary of the 2013 flood, the distillery is set to release limited quantities of an American single malt from that cask. 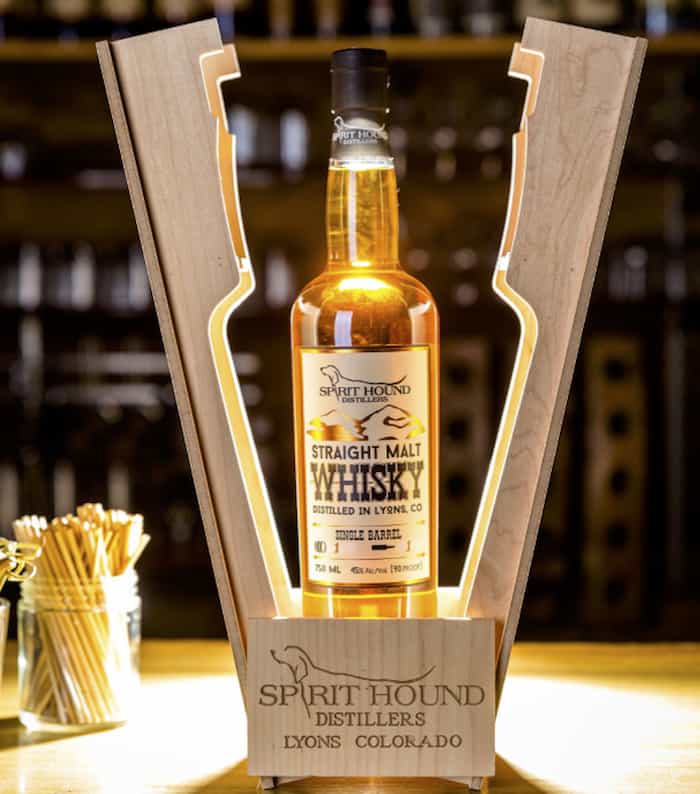 Spirit Hound Distillers Straight Malt Whisky Barrel #1, according to those behind it, is distilled from Colorado-grown malted barley and a dash of peat-smoked malt barley, all grown and malted in small batches by the Colorado Malting Company in Alamosa, Colorado.

“We can still see the mud on this barrel from the disastrous flood that nearly literally wiped us off the map,” said Engelhorn, head distiller and co-owner of Spirit Hound, in a prepared statement. “Barrel #1 was brewed into a wash at Upslope Brewing Company before we even had the equipment to manage grain, and was the first barrel we distilled and aged right here in our Lyons facility.

This is a rare whisky in so many ways. After aging for 7.5 years, we absolutely love where this barrel is going, but we don’t want to push the age to the point where all of that oak completely overwhelms the subtle and delicate malt notes for which Spirit Hound Straight Malt Whisky is known.

“Rather than allow this barrel to overstay its welcome, we’re releasing Barrel #1 at what we believe is its peak flavor moment.”

Interestingly, Barrel #1 bottles will be packaged in custom-made beetle kill pine boxes that feature “a wooden gear inside that opens like a clamshell from the bottom when the top is removed and the bottle is lifted. When the bottle is replaced, the box closes up and the lid can be put back on.”

Plans call for this whiskey to price around $300 per 750 ml bottle, with it going on sale at the distillery the weekend of September 12. Pre-orders will open before that at Spirit Hound’s website.