Southern Tier Distilling Company recently launched Pumking Whiskey – a pumpkin themed whiskey- in time for the Halloween festive season.  With the growing popularity among flavored whiskeys, the high proof spirit is said to be “pumpkin pie in a – now -shot glass”. It is the latest in the long line of spirits, canned cocktails, seltzer, beer, and cider concocted by Southern Tier, and is done in a style reminiscent of a popular namesake ale from Southern Tier Brewing Company.

Pumking Whiskey is said by the brand to have “rich flavors of pie spice, buttery cream, and pie crust, culminating with notes of rich sweetness.” It can be savored as a shot as well as mixed in to any drink as a cocktail, and is made from the distillery’s handcrafted whiskey with natural pumpkin spice flavors and ingredients.” 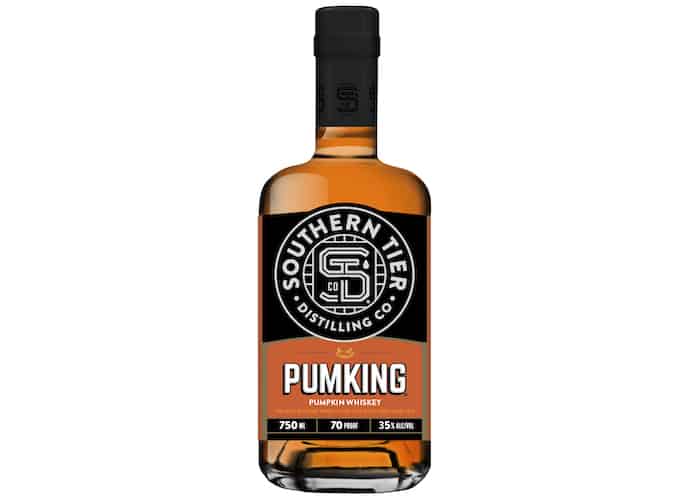 “Pumking Ale is recognized far and away as one of the best pumpkin beers ever made. As that family of beers has grown, it includes an imperial stout, nitro, and a solid list of other flavor variations like the new Cold Brew Coffee Pumking, so it made a lot of sense for the distillery to keep running with those innovations”.

Pumking Whiskey was made available at the distillery in early August, and can be found in select locations along the east coast (NY, NJ, OH, MI, DE, MD). It can also be found in the Southern Tier and Victory Brewing Company Taproom locations. It is bottled at 70 proof.