This new expression is named for the distillery’s process of, as they put it, “‘stealing’ bits from the barrels in the country and ‘bending’ them with Firefly barrels to create a perfectly-balanced whiskey.” Exactly which barrels they’ve been pilfering and from where remains a mystery.

The new artisanal spirit, according to a prepared statement, “features a soft nose with hints of burnt oak, butter, and wheat with a lingering fig finish to round out the palate.” 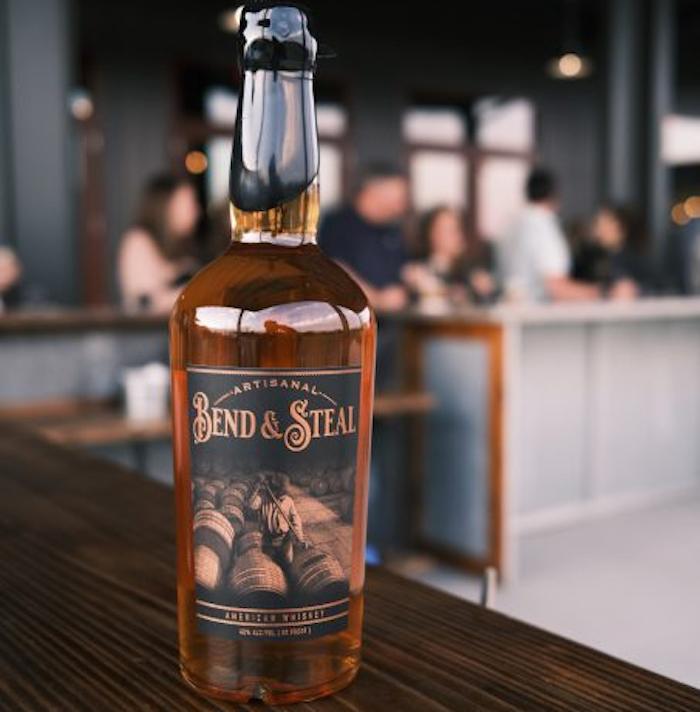 “We have been blending whiskies over the past decade, and this Bend & Steal is the best we’ve made,” says Firefly’s head distiller and general manager Jay Macmurphy. “It’s reminiscent of a complex red wine while being very well-rounded, so I am very proud of this bottle.”

Firefly’s Bend & Steal American Whiskey will only be available for purchase at the distillery’s new Park Circle location in North Charleston and will be added to their tasting experience of their distillery tour.

This new expression joins Firefly’s array of other spirits, including their Sweet Tea Whiskey, Bourbon Ball Whiskey, Distiller Expressions Bourbon, and an array of other moonshines, gins, and craft liqueurs. The distillery has clearly made a name for itself among whiskey lovers in the region as their limited edition Barrel Proof Bourbon release, which they unveiled late last year, sold out of its limited run of 185 bottles in less than three hours.

Firefly Distillery has been on the rise since they arrived on the scene in 2006. Within two years, they had partnered with Sazerac Company to produce some of their spirits and distribute them outside of South Carolina. And for the past six years, all of the spirits being sold outside of their home state are being produced at distilleries in Kentucky.

12
Shares
590
Views
Share on FacebookShare on TwitterGet Our Newsletter
Cheers to the Dads! Personalize a bottle of his favorite whiskey to create a modern gift for the modern man. Use code: FATHERSDAY20 for $20 off your next order of $100 or more at ReserveBar