The Many Flavors of Sherry Cask Finished Whiskey

I’ll admit it: Some of the whiskey world’s darlings, like peated single malts and super-high-proof cask-strength bourbons, can be an acquired taste. But sherry cask finished whiskey? Everbody loves it. Nutty, rich, and balanced between sweet and savory, whiskeys that spend time in a sherry cask are almost always crowd-pleasers 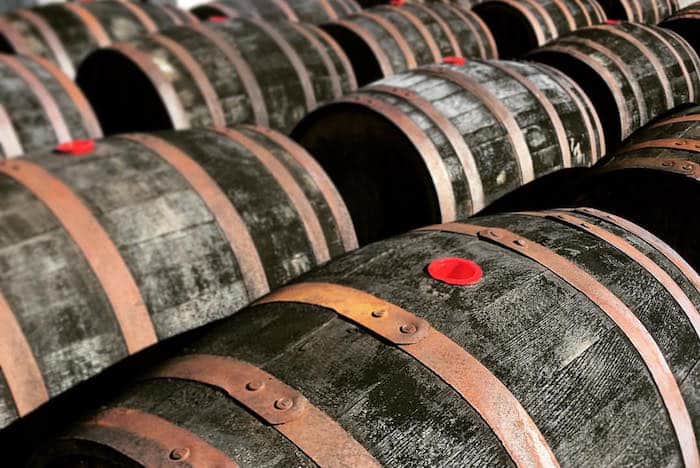 All sherry casks are not the same, however, and each gives a different unique character to sherry cask finished whiskey. Here’s a breakdown of the major types of sherry and their influence on a spirit:

The lightest in color of all the sherries, Fino is made by fortifying light white wine with brandy and aging it a partially full barrel, which exposes it to yeast. Typically dry and slightly nutty with a fresh, yeasty flavor, Fino sherry is great with hors d’oeuvres or on its own, much like white wine. For whiskey, fino cask finishing highlights floral notes and contributes dryness – not always what distillers are looking for, and not always what people expect from a sherried whisky.

Manzanilla sherry is a fino-type sherry made near the coastal town of Sanlúcar de Barrameda. That location is said to influence its flavor, imparting salty, marine notes. It’s not a common cask used for whiskies, but it occasionally gets used to underscore a whisky’s existing salinity.

Oloroso sherry is a heavier, sweeter, nuttier sherry that tends to be higher in alcohol than fino. It’s fortified to a higher proof, which makes it impossible for flor to grow. Instead, Oloroso is aged in an oxidative environment (read: exposed to oxygen), which develops deep, dark, sometimes savory flavor. Most are technically dry, but a full, rounded mouthfeel gives the impression of sweetness (and some are back-sweetened after aging). Oloroso casks are commonly used for single malt finishing, and give whisky rich, sweet notes of dried fruit and toasted nuts.

Pedro Ximenez sherry (“PX,” for those in the know) is a dark, syrupy, supersweet sherry often served as a dessert wine. It’s made from sundried white grapes, and the must is so high in sugar it only partially ferments. Whiskies finished in PX casks pick up not only color and sweetness, but also dark, chewy flavors like chocolate, coffee, and spice.