The opening of the Sazerac House in New Orleans last year was a highly anticipated event for Sazerac, the parent company of Buffalo Trace. It helped them to deepen their roots in a town where its namesake cocktail, the Sazerac, was introduced as the first “branded” cocktail in 1850. Now, in a move which will help this even further, it was recently announced with little fanfare that this facility had distilled and filled onsite its first barrel of Sazerac Rye.

This new barrel of Sazerac Rye, according to those behind it, was distilled onsite at Sazerac House via the facility’s 500-gallon capacity micro still that’s part of its “The Distillery” exhibit. It is here that visitors can watch the Sazerac Rye production process in a behind the scenes fashion as part of the tourist-related offerings. 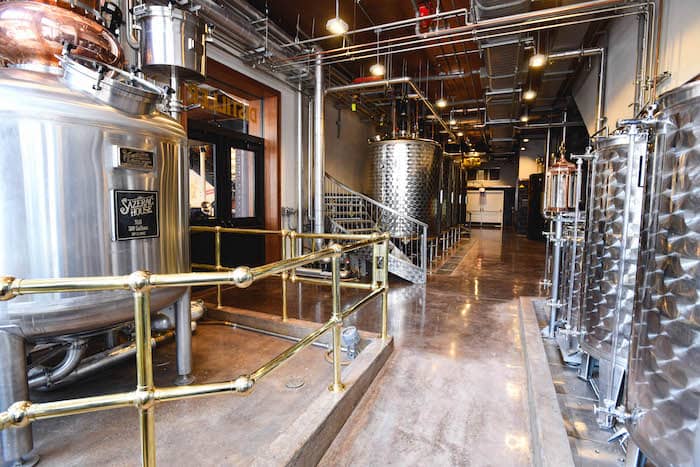 Sazerac officials said that this first barrel is now being sent to Buffalo Trace in Kentucky for aging, before being returned to be bottled. There was no immediate mention of how long said aging might go on for.

“After opening in October, 2019,” the company further noted, “Sazerac House began bottling the award winning whiskey from Buffalo Trace Distillery to sell in the Sazerac House gift shop. Now, with addition of the still, a small portion is being produced in New Orleans. The interactive cocktail attraction has been producing and bottling Peychaud’s Bitters on site as well.

“Sazerac Rye Whiskey and Peychaud’s Bitters are both integral to the history of the Sazerac Company and are key ingredients to the famous Sazerac Cocktail.

“To have both products being produced in New Orleans is a momentous occasion for the Sazerac Company.”

“It was at the Sazerac Coffee House on Royal Street where local patrons were served toddies made with Rye Whiskey and Peychaud’s Bitters. The libation became known as the ‘Sazerac’ and America’s first branded cocktail was born. This is the whiskey that started it all.”