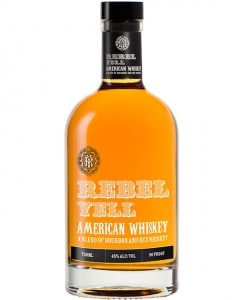 Ahh, Rebel Yell bourbon, you try so hard to be more than you are, despite the fact you are, well, what you are. You keep trying though to climb above the bottom shelf, and for that we salute you as we make mention of two new whiskey variants to your classic bourbon formula you have planned to release to retail soon.

First up is Rebel Yell American Whiskey. It is described by Luxco, which owns this brand as well as the overpriced Blood Oath bourbon, as combing 50 percent of the original label bourbon with 50 percent straight rye. The result? Something reportedly “offering both the smoothness of the wheated bourbon and the spiciness of a rye in perfect combination.”

Tasting details for the American Whiskey, little as they are, indicate “notes of oak, caramel and vanilla which tones down the spiciness of the rye to create a mellower, smoother taste.” 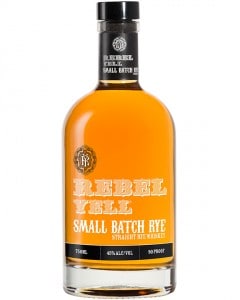 Alongside the American Whiskey is the new Small Batch Rye. What is known about this is it has a high grain rye bill designed to stand up well in classic cocktails. It is noted by Luxco for being “spicy with walnut and black pepper notes” that reportedly wraps up “with a surprisingly smooth and sweet finish.”

“Rebel Yell is bridging the gap between its proud heritage and modern tastes with these two new brand innovations,” said Fletcher Buchman, brand manager at Luxco, in a statement. “With whiskey experiencing category growth and the new generation of bourbon drinkers demanding innovative higher-proof spirits, these offerings add exciting new tastes to the Rebel Yell family.”

Now, should you be enough of an actual fan of Rebel Yell whiskey that you care to keep up with the brand, it was also announced the Band of Rebels loyalty program has been “revamped” with new goodies. You can learn more the details on this over at the fan website.