The conventional wisdom is that the perfect whiskey temperature is “room temperature,” or somewhere between 60 and 65 degrees. So what’s a person to do when they want to enjoy some neat whiskey, but the temperature of the room where they keep their whiskey deviates significantly from that comfy 65-ish range?

In a perfect world, this would never happen – we would all store our whiskey in pristine, temperature-controlled, low-light conditions that minimize degradation. But, of course, our world is far from perfect. During some particularly hot days this summer, the temperature of my living room (and, by extension, liquor cabinet) approached 90 degrees, and let me tell you, nothing knocks the joy out of drinking whiskey faster than a body-temperature pour.

So what’s the best way to cool down whiskey that’s too hot? You’ve got a few options. First, of course, you could add ice. One cube – or even half a cube – can do wonders in adding just a little chill without watering things down too much, especially for high-proof spirits that might benefit from a little water anyway. 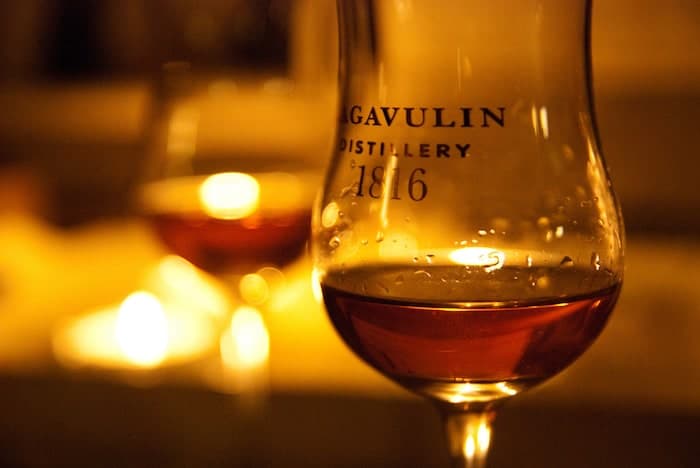 However, if you don’t want to dilute the whiskey at all, all is not lost. Of course, you could try those whiskey stones or other chilling gizmos, but I think there’s an easier (and less expensive) fix: Keep your preferred glasses in the refrigerator, or even the freezer, depending on the perfect whiskey temperature for you.

To test this strategy’s cooling power, I experimented by freezing a Glencairn glass for four hours, then adding 1.5 oz of 72 degree whiskey. After two minutes, the temperature of the whiskey was just over 60 degrees – to my palate, the ideal temperature for whiskey, especially on a hot day. A refrigerated glass had a similar effect, albeit more gentle: the same quantity of whiskey treated the same way in a refrigerated glass dropped from 72 to 66 degrees over the same period of time.

But what about the opposite problem – your whiskey is too cold? Short of heating it up over the stove like some kind of deranged real estate agent staging an open house for bartenders, your best bet might be body heat. Choose a relatively thin glass, and wrap your hands around the bowl for a few minutes.

To find out how effective this might be, I used the same setup – 1.5 oz of 72 degree whiskey in a Glencairn glass – and cupped my hands around the bowl for two minutes, swirling occasionally. After two minutes, the temperature had risen to 78 degrees. Not the perfect temperature for me, but if that whiskey had been at 50 degrees before it went into the glass, it might have been just right.