PROOF, a celebration of local distillers now in its third year, is coming to Seattle’s Fremont Studios this Saturday, July 11th. Featuring more than 40 Washington distillers and food from local restaurants, attendees can sample a variety of spirits and meet the distillers making Washington a leader in craft spirits. 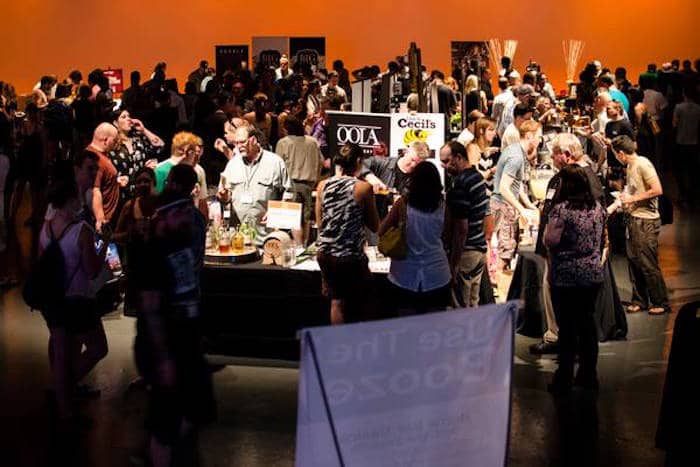 Also at the event will be Gig Harbor’s Heritage Distilling Co., best known for their Batch No. 12 series of liquors popular with Seahawk fans everywhere. They’ll be sampling their bourbon from the series, a 92 proof from a mash bill of corn, rye and malted barley, but they’ll also have their Elk Rider Rye Whiskey available (a Gold Medal winner from TheFiftyBest.com in New York last year that’s incredibly smooth for a 92 proof whiskey).

Some Oregon distilleries will also make an appearance including Bendistillery’s Crater Lake Rye Whiskey, a product of the company famous for its vodka that wanted to revive the tradition of each town making its own rye whiskey. Theirs features 95% rye grain and pure Cascade Mountain water as a northwest nod to its peppery finish that defines American ryes.

PROOF Washington will also offer information sessions throughout the evening including cocktail artistry, cocktail and food pairings and the art of at-home barrel aging. Festivalgoers can purchase products on site as well. Tickets are available online here ($65.00 for VIP or $45.00 for General Admission). PROOF is a 21+ event only; so don’t forget to bring your ID. Fremont Studios is located at 155 N. 35th Street Seattle, WA 98103.

113
Shares
248
Views
Share on FacebookShare on TwitterGet Our Newsletter
Cheers to the Dads! Personalize a bottle of his favorite whiskey to create a modern gift for the modern man. Use code: FATHERSDAY20 for $20 off your next order of $100 or more at ReserveBar