New Deal Distillery out of Portland, Oregon, where we are headquartered, has long been a part of the craft spirits scene, having opened shop back in 2004. This now 16 year operation dabbles in a large range of spirit types, showcasing among them a small whiskey line up we reviewed a few years back. Joining these now are a number of new experimental malt whiskeys.

These three new New Deal malt whiskeys, according to those behind them, are designed to explore a different combination of traditional and experimental grains, giving each what’s said to be a unique profile. Each is five years of age and will be released one at a time though this month, October and November. 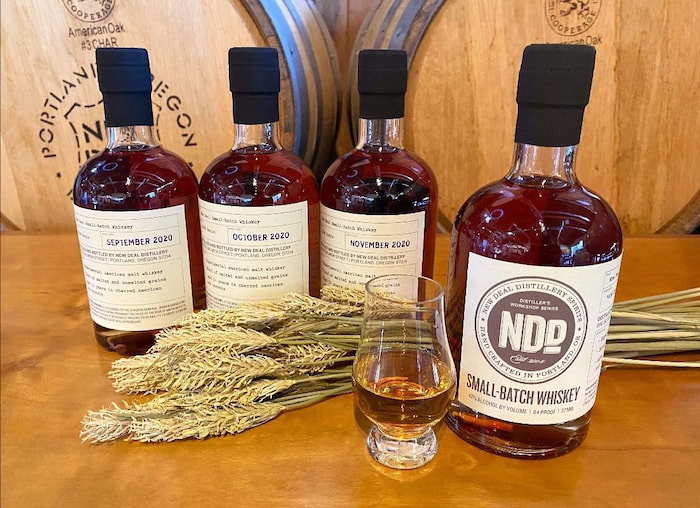 “American malt whiskey is a category largely ignored by the big Kentucky distilleries,” said New Deal owner and distiller Tom Burkleaux in a prepared statement. “It’s been the craft distillers who have explored the American expression of malt whiskey. We had fun experimenting with some uncommon mash bills and thought it would be fun to release these as a series.

“We like to put out something special around the holidays and this year definitely calls for more whiskey.”

Specifics of each are as follows, including official tasting notes. It should be noted as well these are Oregon only releases, and for those who want to learn more about the set as a whole, plans are in the works for a virtual tasting later this year.