In 2007, SanTan Brewing Company opened the doors of its original brewpub, located in the heart of downtown Chandler, Arizona. It’s been growing in popularity ever since then, and now looks to capitalize on its growth through the release of a range of new in-house distilled spirits, including an American single malt whiskey.

The new SanTan Distilling operation, according to those behind it, came about after three years of research, testing, and tasting. It is led by head distiller Brant Gasparek, said to craft whiskeys and vodkas through his knowledge of distilling and 25 years of experience as a chef in restaurants in Arizona and Washington. In the whiskey vein his product is called Sacred Stave Single Malt Whiskey, made from 100% 2-row barley that’s distilled to no more than 160 proof before being aged in ex-Arizona wine barrels for a minimum of six months. 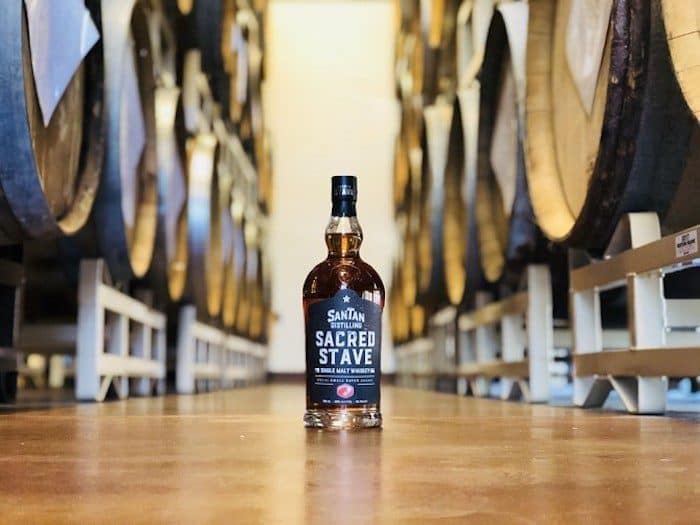 “Brant’s culinary background serves him in identifying and isolating the essential flavor components born from the distillation process,” said Anthony Canecchia, SanTan founder and brewmaster, in a prepared statement. “He has selected the cuts that have already won six awards.”

Sacred Stave, which is bottled at 90 proof, is being made available throughout Arizona. You’ll find limited official tasting notes below for your consideration.