There’s nothing light about American Light Whiskey, and Penelope Bourbon is looking to prove that with a recent new addition to their Founders Reserve Series.

Penelope’s 13-year-old American Light Whiskey was distilled from corn at 189.5 proof and bottled at 134 proof back in 2008 by Seagrams Indiana (now MGP).

The whiskey-making team at Penelope came across 31 barrels of the 13-year-old Seagrams juice aged in second-fill oak barrels, and they found the spirit to have savory vanilla notes with a hint of cinnamon and creme brûlée. They bottled the American Light Whiskey at cask strength, and it is priced at $80. 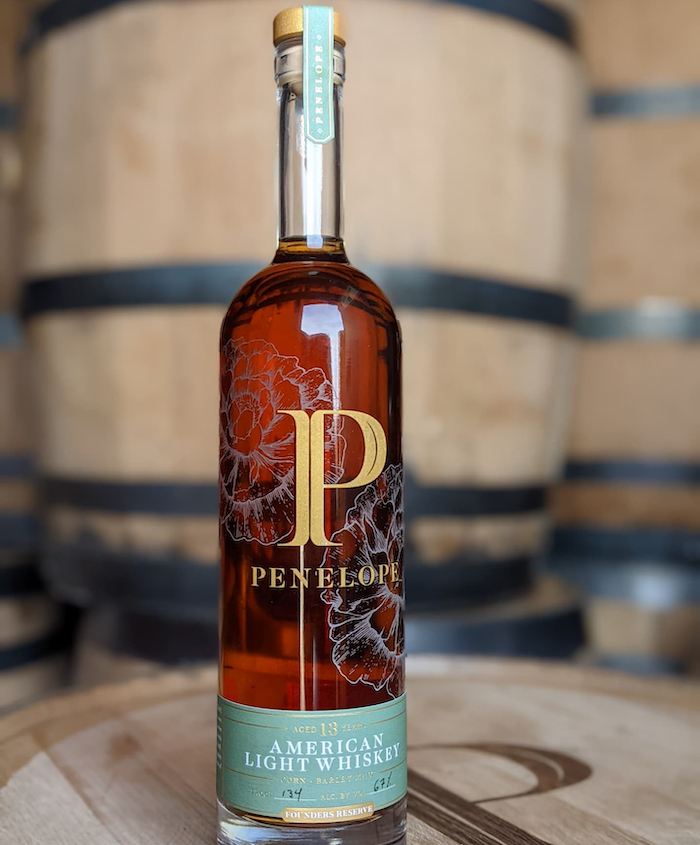 Originally, Penelope Bourbon was crafted and created to celebrate the impending birth of a child. In 2018, Mike Paladini and his wife, Kerry, found out they were expecting a baby girl, Penelope.  To commemorate this occasion, Mike decided to create a spirit that embodied the daily joy of celebrating life’s pleasures – big and small.

Teaming up with his close childhood friend and neighbor, Danny Polise, they set out to discover and produce a straight bourbon whiskey, and a company was born (along with baby Penelope).

Penelope Bourbon can be found in 23 states and four countries. For more information, where to find the bourbon, or to order online, check out www.penelopebourbon.com.