Oregon Marionberry Whiskey Gets The Premium Touch From Eastside Distilling

The Portland,Oregon-based distillery, Eastside Distilling, recently announced that it is re-launching its seasonal hyperlocal flavored whiskey — the Oregon Marionberry Whiskey.

The distillery had previously placed the product on hiatus, but it is now set to come back on Sept. 1. It’s crafted using Oregon marionberries and bourbon whiskey from distilleries across the country that have matured in Oregon oak casks. 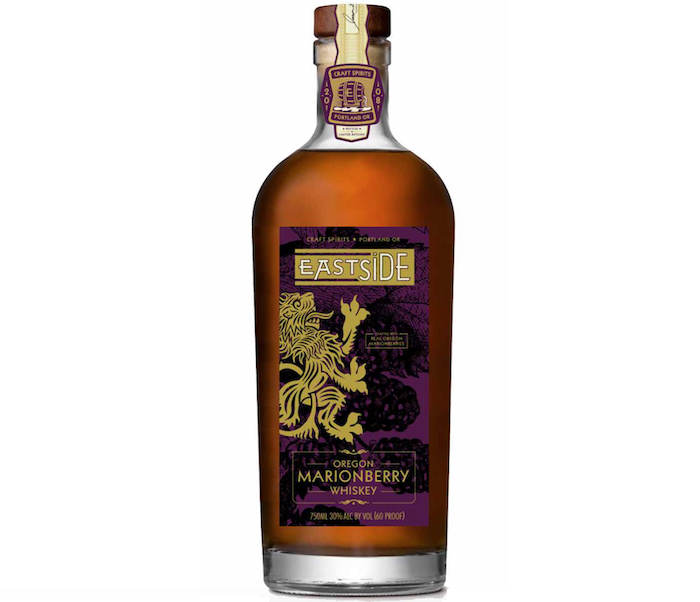 Marionberries are a cross between Chehalem and Olallie blackberries, having been bred at Oregon State University as part of a berry-developing partnership with the U.S. Department of Agriculture in the 1950s. They are named after Marion County in the Willamette Valley, where the berry field tests were conducted, and where many marionberries are grown today.

“The Cabernet of Blackberries meets Bourbon Whiskey. I believe marionberry whiskey is where wine drinkers and whiskey drinkers meet,” Jason Ericson, Eastside’s Head Distiller, said in a prepared statement. “Many of the flavors and aromas of berry and oak will be immediately recognizable to oenophiles. The intense berry flavor mixed with notes of citrus, vanilla, and oak are the perfect introduction to the wide world of whiskey.”

The distillery described the Eastside Oregon Marionberry Whiskey in official tasting notes as rich in flavor and deep red in color. It has a bright, bold aroma of blackberry and raspberry blended with classic bourbon whiskey notes of vanilla and caramel. The fresh marionberries hit the palate and transform into spice and citrus before moving into warm brandy and cherry essence.

It will be available in an upscale looking bottle at select liquor stores, bars, and restaurants in Oregon, Washington, and Texas with wider distribution slated for next year’s berry season.