The base of the island life-inspired drink is Oak & Eden’s award-winning rye whiskey. It is finished with a Caribbean Rum-soaked American Oak spiral. This whiskey was originally launched in 2019, but is said by the brand to have quickly became a seasonal favorite.

Oak & Eden Whiskey pioneered what they described as a patented process called “In-Bottle Finishing” where they place a 5” long spiral cut piece of wood, called a spire, into a fully aged bottle of whiskey to add new flavors and characteristics into the mature spirit. 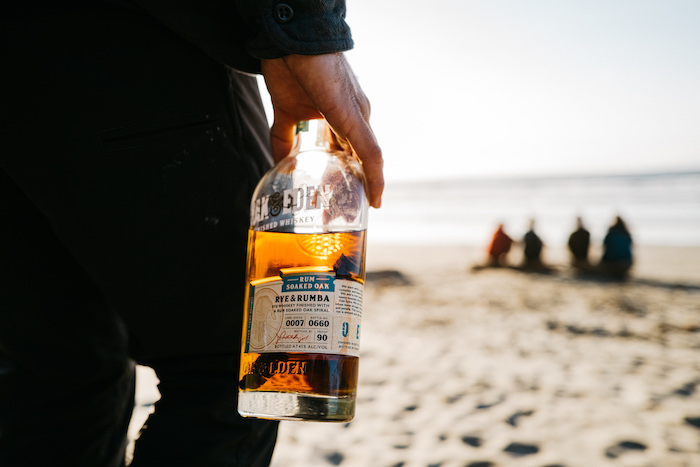 For the Rye & Rumba, Oak & Eden steeped an American Oak spire into a craft Caribbean Rum for two weeks before placing it into a bottle of rye whiskey.

“Rye & Rumba is among our most balanced & flavorful whiskeys,” Joe Gilldenzopf, co-founder and CEO of Oak & Eden said, in a prepared statement. “There is a delicate complexity of flavors that exist when you introduce Caribbean Rum into rye whiskey. Putting the two together creates a rich, aromatic whiskey that is full of flavor and a clear fan favorite.”

The patented technique of in-bottle finishing has lead the distillery to produce and launch 10 unique whiskies into their portfolio, such as Bourbon & Vine (Cabernet infused Bourbon), Bourbon & Brew (cold brew coffee infused Bourbon), the Ale Series (beer infused whiskeys) and others.

The distillery has taken more than 30 Platinum, Double Gold, and Gold medals across what it says are the industry’s most prestigious competitions since 2019 and has been named among the top 10 whiskeys made in the US by Best Products, one of the Spirits Business’ Top 50 innovative new spirits, and has been included on Top 10 whiskey lists by publishers such as Forbes, Wide Open Eats, Brobible and more.