‘Not Your Father’s Bourbon’ Is Not Bourbon

You can’t argue with the name. My father drank bourbon and rye his whole life and I guarantee he would not go near this stuff.

Despite the name, this new product from Pabst Brewery isn’t really bourbon at all. It contains bourbon, along with vanilla and other additives. The label says it is ‘Bourbon Whiskey with Natural Flavors,’ officially it is a ‘whiskey specialty.’

The press materials credit Wisconsin’s Minhas Distillery as the maker. Minhas is in Monroe, in what used to be the Joseph Huber Brewery. But it appears unlikely that the bourbon component of this product was actually distilled there. The clue? The label says ‘Produced and Bottled by Small Town Craft Spirits, Monroe, WI.’ Use of the word ‘produced’ instead of ‘distilled’ almost surely means it wasn’t distilled there. There is no way to know for sure, but most likely it is very young bourbon made by MGP in Indiana. 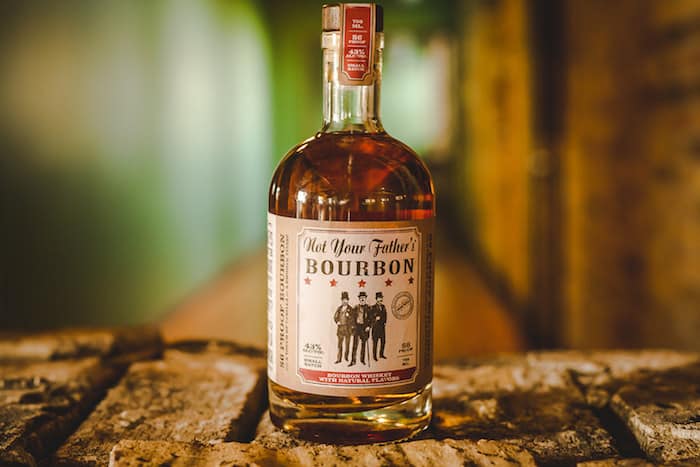 But wait, wouldn’t it have to say ‘distilled in Indiana’ on the label? And if it’s young, less than four years old, isn’t an age statement required? No and no, because the product isn’t classified as ‘bourbon whiskey,’ in which case those things would be required. As a ‘whiskey specialty,’ anything goes. The ‘bourbon whiskey’ component has to meet the most basic requirements for bourbon whiskey, but that is about it.

So, to sum up, not bourbon, not craft. The only thing true is that your father would probably hate it.

Pabst Brewery owns this product. This Pabst, of course, has nothing to do with the brewery owned by Captain Frederick Pabst in the 19th century, except the name. That company effectively died in 1985. The present company is based in Los Angeles. This Pabst makes and distributes a portfolio of famous beer brands, including Pabst Blue Ribbon Beer. It operates a tasting room, museum, and small brewery on the site of the old Pabst Brewery in Milwaukee.

Small Town Craft Spirits is the distilled spirits division of Small Town Brewery, located in Wauconda, Illinois. They had a hit with a flavored malt beverage called Not Your Father’s Root Beer, which caught the attention of Pabst who, in 2015, signed a distribution agreement with Small Town, and bought a piece of the company.

Pabst has a lot of distribution muscle. No doubt this product will be widely distributed. Binny’s, the big retailer here in Chicago, already has it ($27.99 for a 750 ml bottle). Not Your Father’s Bourbon is getting a lot of publicity and, in most cases, you’re just reading the press release. Now you know the rest of the story.

‘Whiskey specialty,’ the official TTB category into which this falls, is a big catch-all that includes finished whiskeys such as Angel’s Envy and most of the Woodford Reserve Master’s Collection, as well as flavored products such as this one and Red Stag by Jim Beam. Where this one crosses a line is putting ‘bourbon’ in the name. To the consumer that conveys the message, ‘this is bourbon,’ even though it isn’t. Legally, the call is very close to the line. Which side of the line it is on is unclear.