On Making The Perfect Ice For Your Whiskey Or Cocktail

You can’t really blame us. But we Americans have subjected ourselves to poor quality ice since the advent of the automatic home ice maker.

Anything that saved us from making it ourselves using those horrible aluminum “stick shift” ice molds was a godsend. Automatic ice made our drinks automatically cold and we were automatically happy. That it was improved upon with ice through the door was borderline miraculous.

Problem is, such ice really isn’t that good. The cubes (rectangles, really) are small and melt fairly quickly. They’re cloudy due to fast freezing that traps air in the ice, and since they share the same air circulation systems as the fridge, the ice can absorb aromas from food.

Our taste buds knew the difference, and they told us so every time we got a cold drink from a restaurant, bar or service station. The drinks were colder and more flavorful because they used the right ice.

It took bartenders caught up in the classic cocktail movement to clarify the cloudy truth about our bad ices. These studious perfectionists learned that the best ice—used a century ago—was clear, cold, hard and cut from ponds and lakes in huge blocks, then sawn by hand into correct sizes.

And once we caught on to them using it, we’ve wanted to do it at home, but without all that messy sawing. Buying a Hoshizaki or Kold Draft large cube machine is an option, of course, if you want to spend $3,500, jack up your electric bill and produce enough ice for your entire neighborhood.

Or you can buy some handy molds and follow some basic techniques. 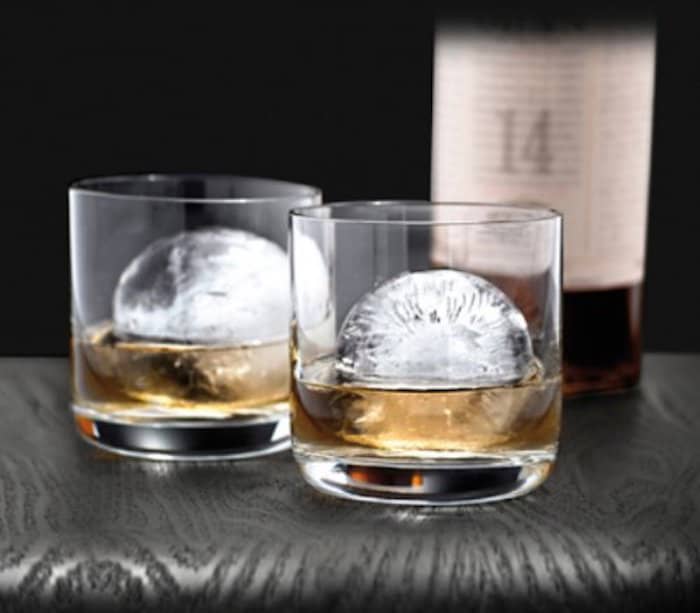 When you make ice at home, your biggest challenge will be making it clear. This is important for three reasons. Cloudy ice signals air is trapped within the cube, and where there’s air, there’s fragility. Fragile ice breaks down quicker, and broken ice dilutes drinks. Cloudy ice also can signal potential impurities trapped within as well.

For most, removing all cloudiness at home will be nigh impossible, but you can get at least 65 percent clear ice by following these steps.

Visit these websites to find some nifty ice-making tools for home use.