The RoadStock journey began earlier this year at WhistlePig’s 500-acre farm in Shoreham, Vermont, where WhistlePig commissioned an 18-wheel “Rolling Rickhouse,” which would make its way on a 6,000-mile barrel finishing journey said to be unique in the whiskey industry.

WhistlePig Blender Megan Ireland said that when the opportunity arose to try something brand new in whiskey, “we were all in.” 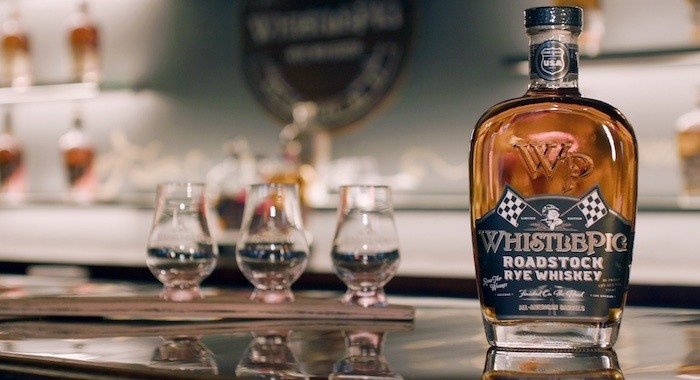 “The barrels, still saturated with the distinctive aromas and flavors of their previous fills, were a game-changing match for what would become RoadStock Rye,” Ireland said in a prepared statement. “In the spirit of innovation, we decided to literally drag them from Vermont to California and back, knowing that the shake, rattle and roll of a cross-country road trip would ensure an incredible finish that could not be achieved any other way.”

Upon completion of the RoadStock Rolling Rickhouse, half of the future RoadStock whiskey was transferred into Bordeaux blend casks from Jordan Winery in Sonoma’s Alexander Valley.

The whiskey in Bordeaux blend casks (that previously held 78% Cabernet, 12% Merlot, 8% Petit Verdot and 2% Malbec) would make the full 6,000-mile round trip journey providing what was said to be ample time for the whiskey to steal the nuanced complexity from these incredible casks. Known for their European wines, including their classic Cabernet Sauvignon, Jordan has been family owned and operated since 1972. 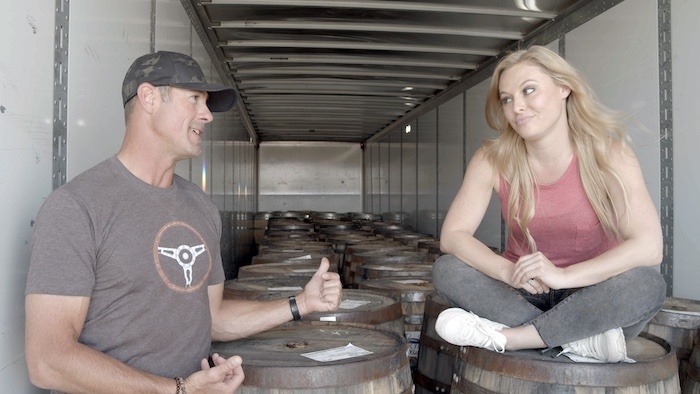 Inside the RoadStock Rye Whiskey’s 18 wheeler (image via WhistlePig)

To pilot the RoadStock Dodge Hellcat, WhistlePig enlisted auto industry personalities Chris Jacobs and Cristy Lee to accompany the Rolling Rickhouse for the last leg of the journey.

“I’ve had some unique experiences in the automotive space over the years, but when WhistlePig called and asked me if I would like to track test and then drive their whiskey powered Hellcat alongside the Rolling Rick House to Paso Robles, I mean, who could say no to that. What an amazing adventure,” Chris Jacobs said. 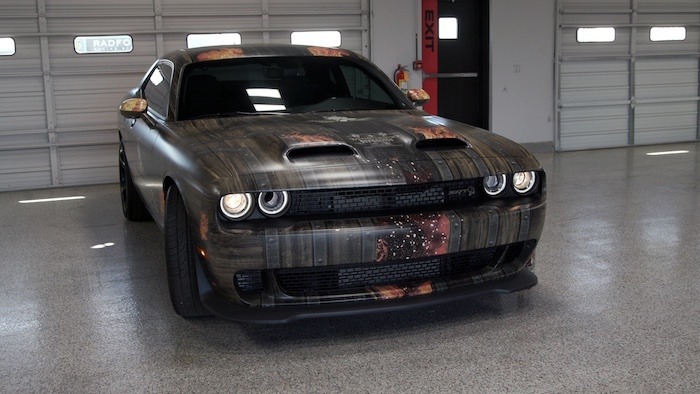 After weaving along historic Route 66, the RoadStock Rolling Rick House, tailed by the RoadStock Dodge Hellcat, headed north to one of the largest craft breweries in the country, Firestone Walker Brewing Company in Paso Robles, California. There, the balance of the whiskey was transferred into Firestone’s Imperial Stout, Imperial Blonde Ale and Experimental Ale barrels to finish on the long journey back to Vermont.

“Firestone Walker and WhistlePig are kindred spirits when it comes to pushing the envelope of innovation, so having the opportunity to share ideas and work on a project like this is right up our alley,” said Matt Brynildson, brewmaster at Firestone Walker.

After clocking in more than 6,000 miles and a couple of weeks on the road, the RoadStock Rolling Rick House was finally back home at WhistlePig where the distillery team got to work marrying the unique finishes and bottling RoadStock with custom rubber tire toppers that commemorate the adventure.

WhistlePig’s RoadStock Dodge Hellcat will continue its journey making stops in key markets throughout the rest of the summer and into the fall offering consumers the chance to experience the brand at exclusive sampling events. Times, dates and places will be updated via WhistlePig’s social media channels and website.

Making its debut this month, at 86 proof, RoadStock Rye Whiskey will sell with a suggested retail price of $72.99 per 750ml bottle.