There are a great many craft distilleries across the US doing their own things to try and make themselves stand out from the herd. This is particularly true of whiskey makers, of which there are quite a few around these days. One particular new one in Washington, XO Alambic, is taking steps in two directions – spirits and still – to be unique.

XO Alambic is run by one Rusty Figgins, a distiller and winemaker with experience under his belt from stints “at both Ellensburg Distillery in Ellensburg and Batch 206 in Seattle,” according to the Waitsburg Times. Upon his exit in 2012 from the former, he chose not to be bought out via cash, but instead opted “for 100% of all spirits maturing in the barrel – mostly fine brandies – some of which are at present eight years of age. Of that matured stock, only two barrels of whisky remained – an all-malt whisky and a five-grain whisky.” 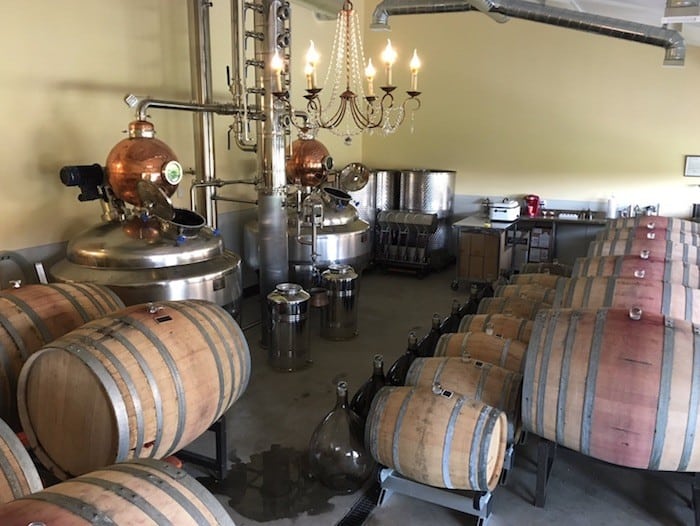 Fast forward to today, and Figgins has set up his new distillery in the tiny town of Dayton. It is here he is set to release both Whoop ’em Up and Scythe & Sheaf, two uniquely different American whiskies which pay homage to Washington agriculture. Here are some details on each:

“These single-barrel selections represent two of my earliest efforts as a whisky distiller,” said Figgins in a prepared statement, “and they are in fact Washington’s very first single-malt and five-grain expressions.”

Also of note at XO Alambic is a special still Figgins is said to have created himself. Known as the Figgins Reciprocator Still, it is “a dual-kettle pot still with optional column distillation action, making it a hybrid of the two.  It is constructed of copper and stainless steel, has a capacity of 2000 litres and is heated by low-pressure steam.” The very first factory model is installed at XO Alambic and now many are in service around the country.