Tennessee whiskey, as we’ve written about in the recent past, has its own special thing when it comes down to what makes it different from traditional bourbon, namely the charcoal filtering step known as the Lincoln County Process. It is something particularly embraced by Dickel and Daniel’s in that state, but that doesn’t mean there isn’t plenty of room at the table for the small craft outlets to take part in as well. Pennington Distilling Co. out of Nashville is one of these, and they recently introduced a new expression that’s said to fit the criteria for being a true Tennessee expression.

Davidson Reserve Tennessee Whiskey, according to those behind it, is made with a mash bill of 70% corn, 25% rye, and 5% barley. It is milled on site at the distillery using a hammer mill. After grinding the grain to the consistency of cornmeal, the mash is cooked to prepare it for fermentation. At this point, yeast is introduced, which begins the process of making alcohol. Following fermentation, Pennington distills their Tennessee whiskey twice and then mellows it by passing it through maple charcoal. 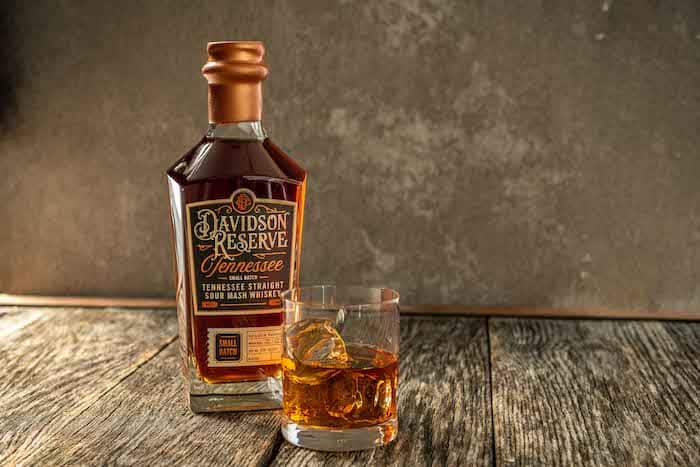 When the whiskey is ready for aging, it is put into full sized 53-gallon barrels and then matured for a minimum of four years. In the case of this expression, it is aged at least that amount of time and then bottled at 100 proof.

“We certainly love all our whiskey,” said Jeff Pennington, founder and President of Pennington Distilling Co., in a prepared statement, “but it’s hard not to view our Tennessee whiskey as something just a little extra special. While bourbon can be made anywhere in the United States, Tennessee Whiskey is limited to just our state. This is something particularly unique, and there are just a few current producers who make Tennessee whiskey. I’m so excited for people to try it!”

Pennington is pretty transparent in their information on sourcing for this expression, indicating that they didn’t “grow the corn and rye for their Tennessee whiskey, but they did source outstanding local ingredients from the acclaimed Renfroe Farms in nearby Huntingdon, TN.” You’ll find some official tasting notes below for your consideration.