The process of producing whiskey involves many steps, some of which involve the use of water. While water is primarily considered an ingredient in the production, there are some distilleries and brands, such as Jefferson’s, Cane Land Distilling and Pilot House Distilling that go a step or so further, aging their whiskeys on some type of floating platform, be it a moving boat or converted barge. Joining this group now is Brown Water Spirits and its “river aged” O.H. Ingram whiskey.

The new O.H. Ingram River Aged Straight Whiskey, according to those behind it, comes out of Kentucky, where it is aged the entire time in a “floating rickhouse” that is moored on the riverbank in Ballard County. It is said that it’s “exposed to the climate of the Mississippi River and its drastic rise and fall to provoke a unique interaction between wood and spirit. The constant motion of the river ensures that the whiskey never stops working, creating an extraordinary spirit with a taste mature beyond its years.” 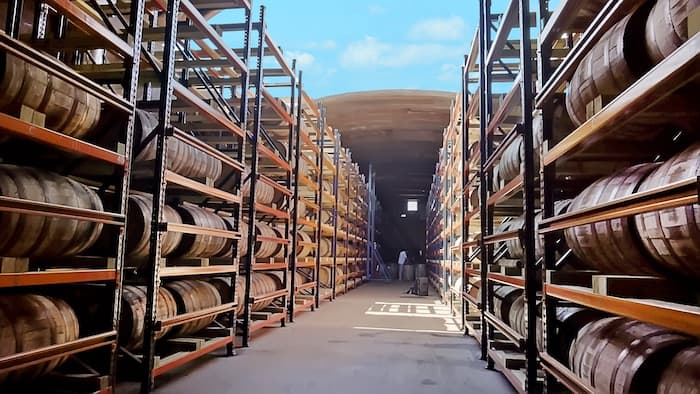 “O.H. Ingram River Aged is different than anything whiskey lovers have tried before,” said Hank Ingram, Proprietor, in a prepared statement. “It’s really innovation captured in a bottle. Using the cadence and unique climate of the river, we’re bringing innovation to the whiskey making process, specifically the aging process. O.H. Ingram River Aged takes advantage of the Mississippi River to create a whiskey with a personality all its own.

“The taste, character and balance we are able to achieve through our process creates a whiskey with unmatched, mature character. O.H. Ingram River Aged is a new wave of whiskey. It’s taken a lot of hard work to get us to this point, and we’re thrilled to finally be able to share the first release in the O.H. Ingram River Aged Series with the world.” 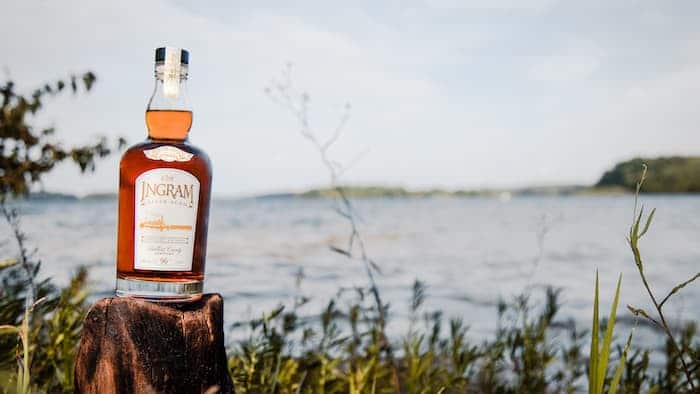 Plans call for this whiskey, bottled at 96 proof and aged 3 years, to price around $80 per 750 ml bottle and to be available “in portions of Tennessee and additional markets” as inventories are available. You’ll find some official tasting notes below. As a side note, the next offering from Brown Water is a straight rye that should be coming out next month.

85
Shares
3k
Views
Share on FacebookShare on TwitterGet Our Newsletter
Read More Whiskey News
Whiskey Review: Shenk’s Homestead Kentucky Sour Mash Whiskey (2020)
Cheers to the Dads! Personalize a bottle of his favorite whiskey to create a modern gift for the modern man. Use code: FATHERSDAY20 for $20 off your next order of $100 or more at ReserveBar