New Holland Spirts is a Michigan brewery and distillery known for making some interesting whiskies that somehow incorporate both sides of this craft beverage company’s operations. The latest endeavor in this regard is being called Beer Barrel Rye, a whiskey finished in stout beer barrels.

New Holland Beer Barrel Rye, according to those behind it, is a twice distilled rye whiskey with a mash bill that includes rye, barley and corn. After being distilled this whiskey was aged for an undisclosed amount of time in your typical new American oak barrels. It was then further matured in the brewery’s Dragon’s Milk stout barrels before being bottled at 88 proof. 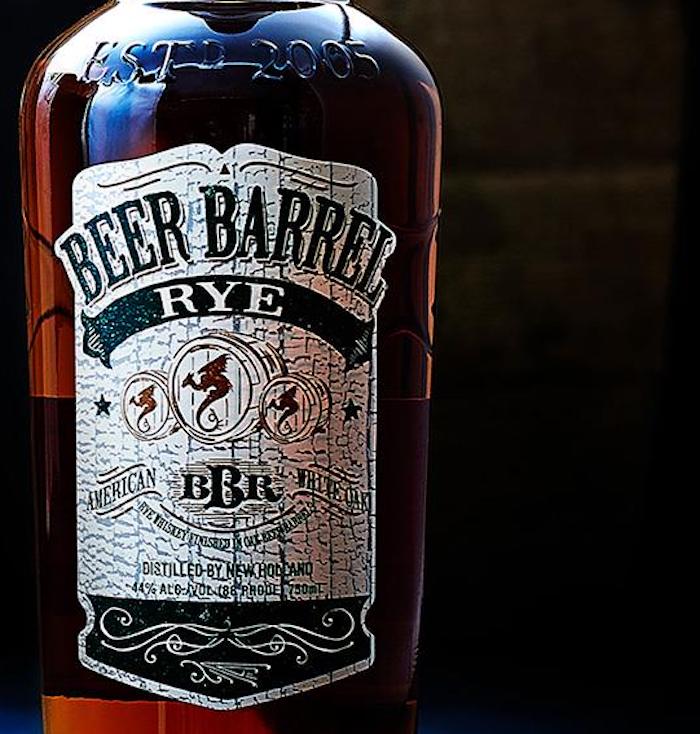 This new rye whiskey is said to be closely related to New Holland’s number one selling whiskey brand, Beer Barrel Bourbon, first released back in October, 2012. Beer Barrel Bourbon is bourbon first aged in new American oak then followed by a rest in Dragons Milk stout barrels as well.

“We are extremely excited to get Beer Barrel Rye in the market,” said Shaun McLarty, New Holland Spirits Head Distiller, in a prepared statement. “We have been working on this project for well over two years and we can finally give it to the public! As Beer Barrel Bourbon’s ‘Big Brother’, Beer Barrel Rye is a smooth whiskey with a flavor profile that is very full, completely unique and drinks easily at 88 proof.”

Plans call for Beer Barrel Rye to be available in October as a limited edition offering. Very limited official tasting notes suggest “an aroma of vanilla and allspice which leads to flavors of honey and almond, before a lingering spicy finish.”