New Holland Brewing, as we covered in the past, is known for putting out some rather innovative whiskies out of their brewery/distillery in Michigan. One of their flagship whiskies is Zeppelin, an American single malt that’s twice distilled and aged several years in new American oak. Now they are upping the game a bit, introducing New Holland Brewing Zeppelin Blend Reserve.

New Holland Brewing Zeppelin Reserve, according to those behind it, takes the historic Zeppelin Blend and ages it four years, before finishing it for a further nine months in ex-sherry casks from Bodega Alvear. It too is twice distilled from a 100% malted barley fermentation done in house, and through its whole aging process was inside full sized barrels before being bottled at 90 proof. 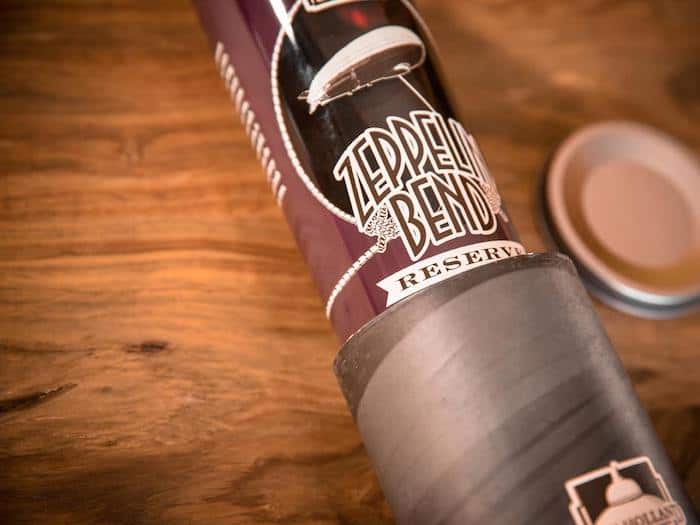 This new whiskey, which is non-chill filtered, comes in a tube reminiscent of Scotch whisky packaging. Price point wise I’m seeing it drop for between $40 and $60 right now, and you’ll find very limited official tasting notes below from New Holland.

Notes of raisins and plums come forward in its aromatic nose. Toasty malt character with hints of nuttiness, framed by graceful tannins from the uncharred sherry casks, leading to a soft, smooth finish laced with warm chocolate tones.

Shares
274
Views
Share on FacebookShare on TwitterGet Our Newsletter
Get The Glenlivet 18 Year Old at ReserveBar. Shop now!