The 2018 Camp Fire in California was, very tragically, among that state’s worst and deadliest wildfires in its history. A lot has been done already in both the public and private sectors to bring relief to those trying to recover their lives after this sad event, and now one distillery has joined the cause to raise funds for the survivors. Charbay Distillery is releasing to the public a limited edition version of its Racer 5 (R5) Aged Whiskey, of which a total of $10,000 of the proceeds will be donated.

The specially labeled Charbay Racer (R5) Aged Whiskey, according to those behind it, is part of Lot No. 5 from this whiskey series. It was double distilled by 13th generation distiller Marko Karakasevic in July, 2013, on Charbay’s Charentais Alambic copper pot still from bottle-ready Racer 5 IPA that was produced by Bear Republic Brewery. It is said it took Karakasevic more than four years of extensive research in collaboration with the brewery to come up with the correct formula for this whiskey. 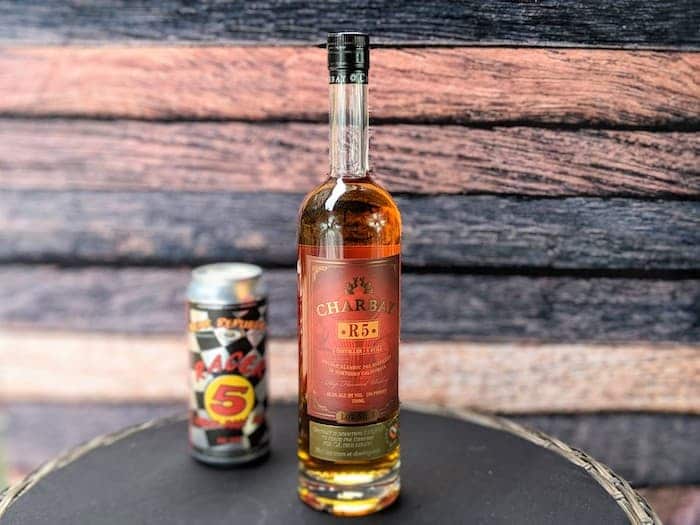 “I chose the award-winning Racer 5 because it is the definition of Northern California IPA,” said Karakasevic in a prepared statement. “It’s also my favorite beer, and its flavors translate perfectly into our whiskey.” The previously money he is raising with this expression will go directly to the survivors and also Stand for Kindness, a charity focused upon helping fire survivors rebuild their lives since 2017.

Bottles of the limited edition R5 Whiskey, Lot No 5, will be available for purchase at select retailers including Winfield Flynn(NYC) and Sunshine Market (Napa Valley, CA) as well as online at Flask and Hi Time. Lot No. 5 has a 49.5% ABV and has a suggested retail price of $60. Very limited official tasting notes suggest this whiskey “has an aroma of toasted cinnamon and honeysuckle complemented by notes of baking spices and tobacco on the palate before a long, sweet, herbaceous finish.”

Charbay Distillery, for those unfamiliar with it, is noted as being “an independent family-owned-and-operated business managed by Miles and Susan Karakasevic and now run by their son Marko and his wife, Jenni, to carry on the inherited artisan traditions dating back to Serbia in 1751. The family is one of the early pioneers in the modern American artisan distillery movement, celebrating 36 years of distilling and 21 years of Charbay Vodka. The family began distilling in California in 1983, starting with Alambic Pot Still Brandy. Their lineup includes whiskeys distilled from bottle-ready beer, brandies distilled from Napa Valley grapes, vodkas flavored from 100% real fruit or tea and rum distilled from sugar cane syrup.” It is based in Ukiah, California.

175
Shares
640
Views
Share on FacebookShare on TwitterGet Our Newsletter
Cheers to the Dads! Personalize a bottle of his favorite whiskey to create a modern gift for the modern man. Use code: FATHERSDAY20 for $20 off your next order of $100 or more at ReserveBar