Basil Hayden’s, as we’ve noted in the past, is considered a high rye bourbon in its design. This emphasis on this variant of bourbon is reflected in the fact as well you see this brand of Beam Suntory playing with rye throughout its product line. One of the latest examples of this is the new Two By Two Rye Whiskey.

Basil Hayden’s Two By Two Rye Whiskey, according to those behind it, blends two Kentucky straight rye whiskeys with two Kentucky straight bourbon whiskeys. The rye whiskeys constitute the majority of this mix, resulting in a more spicy taste profile that’s said to be back ended by some sweeter notes from the bourbon. Specifics of Two By Two indicate it to be a mix of 5 year rye, 7 year “high rye” rye, 13 year bourbon and 6 year bourbon. Exact percentages of this blend were not provided. 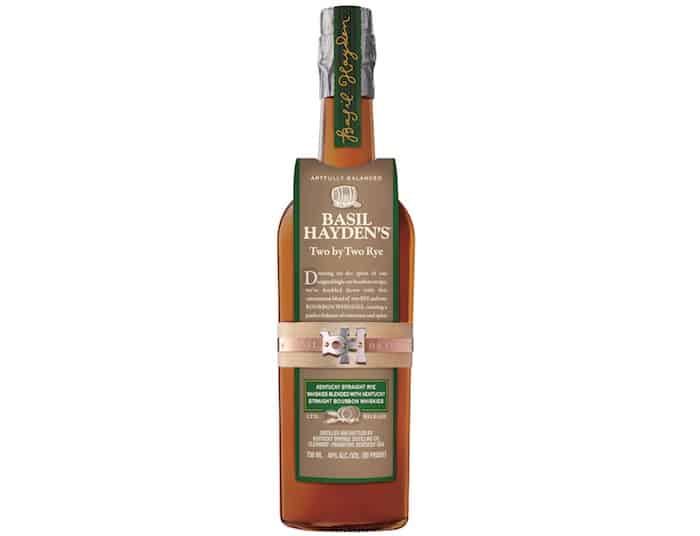 This rye whiskey, bottled at 80 proof, is set to price around $45 for a 750 ml bottle. A limited edition release, you’ll find some official limited tasting notes for this golden honey color spirit below for your consideration from Beam Suntory.