Pineau De Charentes is a special type of fortified wine from the Cognac region of France that’s similar to sherry. Casks once holding this wine are not commonly thought of for whisky cask finishing, but for Baltimore Spirits, a Maryland based distillery, they seemed like the perfect vessel for one of their most recent releases.

The new Post Epoch Rye, Batch #5, according to those behind it, is an American rye whiskey that’s been specially aged for three years total, including at least one year in a French oak barrel formerly holding the previously mentioned French fortified wine. It is said by the distillery that “the process of extra aging allows the whiskey to absorb ample flavor from the barrel, creating a distinct and rare type of Rye Whiskey with a sweet and fruity profile with a silky texture.” 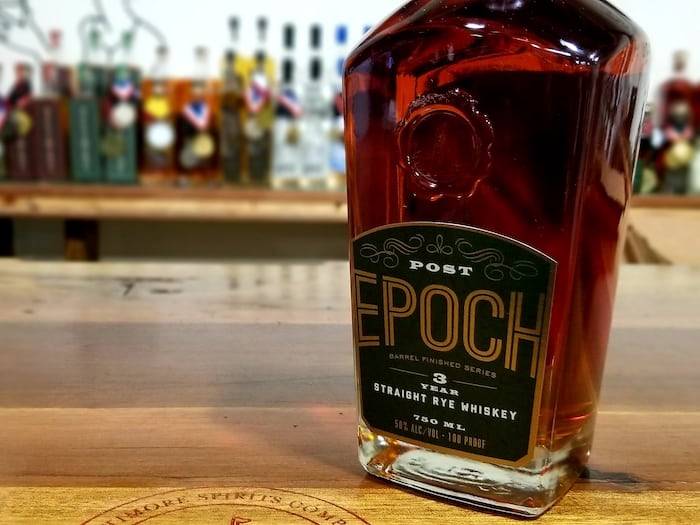 “I’ve personally been looking forward to this one for a full year,” said Baltimore Spirits Company co-founder and CEO Max Lents in a prepared statement. “The Pineau De Charentes barrel is massively expressive in the final product.”

Post Epoch Rye, Batch #5 joins a line up of rye whiskeys that have been finished in alternative barrels. It is available now through the distillery for a price of $60 per 750 ml bottle.

Baltimore Spirits Company, for those unfamiliar with, was founded in 2015 by three friends. It is their belief that their spirits “express the culture, chorus, and meaning of Baltimore, restoring an industry of rye whiskey and spirits manufacturing to Maryland.” They distill out of a new distillery, located in the Baltimore Union Collective building.