It has been said before the preeminent distiller of Tennessee whiskey at one time was a man named Charles Nelson. His place in this corner of whiskey history was quietly lost over time as names like George Dickel and Jack Daniel came more into prominence. Nelson’s fifth-generation grandsons and brothers Charlie and Andy Nelson were determined to bring his name back to its glory days, however, re-establishing a number of years back the Nelson’s Green Brier Distillery. Now, after some time making use of sourced whiskey for quality products in their Belle Meade Bourbon line, the Nelsons are ready to bring to market their first in-house expression. 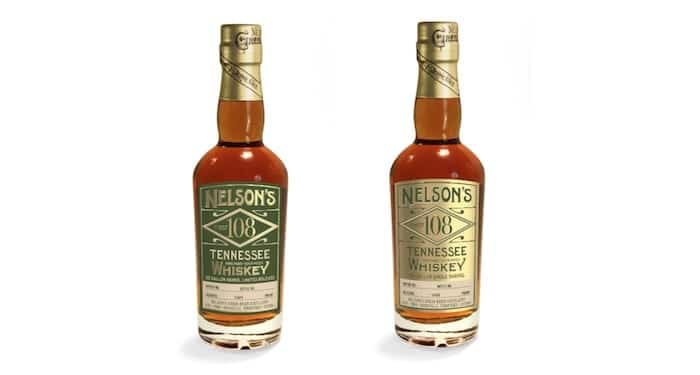 Plans call for two expressions to be released initially – the green-label ‘Classic’ as a 90-proof blend, and the gold-label Single Barrel as a true ‘Cask Strength’. After the initial 108 barrels have been gone through, it will be another two years before a more standard, 53-gallon sized barrel release takes place.

Pricing information has not yet been released on First 108, and what’s known about the mash bill at this point is that it has wheat in it, rather than rye, to keep it “true to the traditional composition of Tennessee whiskey.” Both bottlings will come in a 375 ml bottle.

“We are so excited to have re-created the signature spirit of my great, great, great grandfather, Charles Nelson’s, original Green Brier Distillery,” said Charlie Nelson in a prepared statement. “After a gap of 108 years, whiskey historians and connoisseurs will be able to savor what was once the first bottled whiskey in the state of Tennessee.”