Montana’s Glacier Distilling will soon release a 10-year-old expression of its North Fork rye, what they’re calling the first bottling of a 10 year-old whiskey that’s 100 percent distilled, aged and bottled in Montana.

To honor the milestone, Glacier Distilling will auction off the first bottle of its 10 Year North Fork rye whiskey on Oct. 1, with proceeds from the auction to be donated to a local charity.

Following the auction, a limited release of 120 bottles in commemorative decanters will be up for sale. 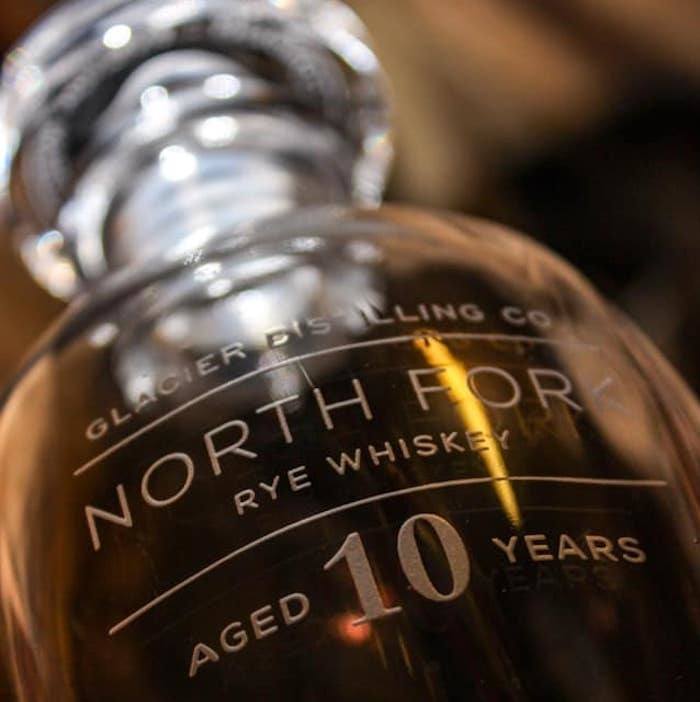 Glacier’s North Fork is a straight rye whiskey distilled from a mash of organic rye, rye malt and corn and aged in new white oak charred barrels for a minimum of two years. The spirit brought home a Gold Medal from the 2017 San Francisco World Spirits.

Glacier’s distillers call it a traditional American style whiskey, with rye to give it a bit of spice and earthy roundness, and corn for a sweet finish.

For a little backstory, Glacier Distilling Company was conceived during a snowstorm a decade ago when a group of friends gathered at a cabin along Montana’s North Fork River. Snow continued to pile up and the discussion turned to how the group would provide for themselves, especially when it came to whiskey reserves.

Nicolas Lee was sitting around the fire at that cabin, and he started thinking how to solve the whiskey conundrum. Born and raised in North Carolina, he cut his teeth on Appalachian shine. When he was unable to get a satisfactory answer to the difference between white lightning, rotgut, moonshine and likker, Nic decided to pursue a degree in Chemistry from UNC Chapel Hill.

Nic eventually set out on a journey around the world in search of employment, and spirits. As fate would have it, he explained, he followed a girl to Montana, got married and one evening found himself sitting next to that fireplace in a cabin along the North Fork River.

Glacier Distilling Company was registered as a business in January of 2010 and permitted to operate legally on Dec. 28th of that year. Taking a cue from Josephine Doody, a moonshiner who operated from her homestead on Harrison Creek in Glacier National Park during the early 1900s, the distillery first released an un-aged rye whiskey that could be produced and sold in a matter of months, instead of years.

Today, they have a stable of small batch whiskeys and distilled spirits, including a range of whiskeys, brandies and other types of liquor.