Michter’s out of Kentucky, among its various whiskies, is known for its toasted barrel finished bourbon, in which second aging occurs inside a barrel made from 18-month air dried wood that’s toasted but not charred. The distillery is now taking that approach and applying it to a new rye whiskey offering known as US*1 Toasted Barrel Finish Rye.

US*1 Toasted Barrel Finish Rye, according to those behind it, takes the Michter’s US*1 Single Barrel Kentucky Straight Rye at barrel strength and puts it through a finishing process inside a a second custom-made barrel. This barrel is assembled from 24-month air dried wood and then toasted but not charred, being “specifically designed to enhance the spice character in the rye while adding hints of dark toast and smoke.” 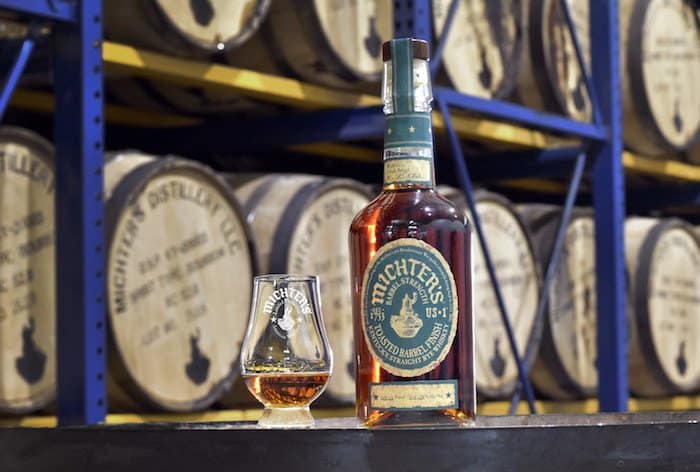 “It is remarkable how much simply finishing our rye in a uniquely toasted barrel can further enhance depth and complexity,” said Michter’s Master of Maturation Andrea Wilson in a prepared statement. It was noted by Michter’s President Joseph J. Magliocco that Wilson and master distiller Pamela Heilmann had spent the last two years working on this project.

Plans call for Michter’s US*1 Toasted Barrel Finish Rye to be available starting this month in limited amounts for around $75 a bottle. As this is a barrel strength product, the proof varies a bit from barrel to barrel. The average barrel proof for the toasted rye barrels bottled for this release is 108.6. You’ll find limited official tasting notes below.

Enhanced spice notes with delicate chocolate overtones balanced by some vanilla and honey, hints of roasted nuts and dates, with a lingering finish of burnt brown sugar reminiscent of crème brûlée complemented by some smokey campfire highlights.