Iron Fish Distillery has announced the release of its Estate Series, a line of spirits 100% distilled and aged at on-site, many of which use at least 51%  grain grown on the company’s 120 acre farm.

Standing as Michigan’s first distillery operating on a fully functioning farm since prohibition, Iron Fish releases the series as the realization of a plan laid at the founding of the business; to create high quality craft spirits from scratch, using only the finest grains and local ingredients, according to a company statement.

To commemorate the release, the distillery commissioned the design of a custom molded bottle to distinguish the Estate Series from the current lineup of Iron Fish spirits. 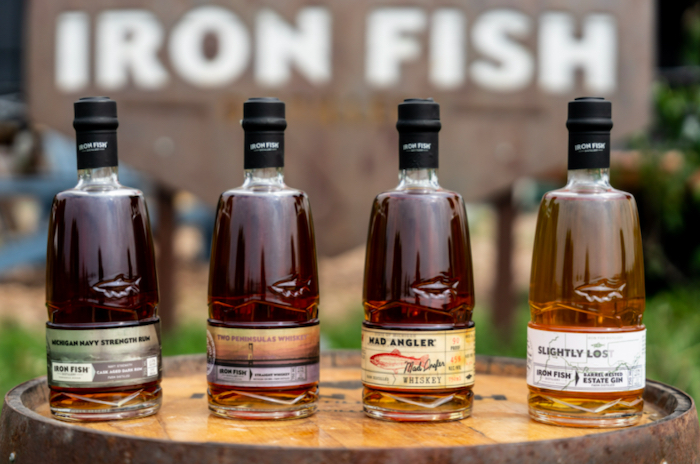 “From the day we reclaimed an abandoned farm to establish Iron Fish Distillery, we committed ourselves to making whiskeys, where every step, from growing grain to barrel aging occurs onsite.” Co-family owner Richard Anderson said in a prepared statement.  “The only question was, could we afford to patiently wait? While there’s been pressure and temptation to release the Estate Series earlier, we felt it was important to let time do the work and introduce the Estate Series when they were truly ready. That time is now.”

The series will consist of four bottlings: Mad Angler Whiskey, Two Peninsulas Whiskey, Slightly Lost Barrel Rested Gin and Michigan Navy Strength Rum. With will be less than 1000 bottlings set to be released, they are available for online purchase through the Iron Fish Distillery online store and select retailers throughout Michigan. Official tasting notes for the whiskeys can be found below.