MGP Throws Down The Rye Whiskey Gauntlet With Rossville Union

Rye whiskey is enormously popular these days, there is no doubt. A large part of this popularity has do with what is now a horribly kept secret: a generous number of the most successful brands are sourced from whiskey distilled and aged by the mega-distillery in Indiana known as MGP. Those at this facility, for better or worse, now look to be going head to head with these other labels via the debut of their first proprietary rye whiskey label that’s called Rossville Union.

Rossville Union, according to those behind it, is named after the founding distillery in Lawrenceburg, Indiana, where MGP is located. It is said to represent “a historic return to the home of crafted rye whiskey and honors a spirited tradition that dates back more than 170 years in America’s original ‘Whiskey City.'” This heritage in part is being reflected in the bottle design, a flask shape molded in an apothecary style with the Rossville Union name and “1847” distillery-of-origin date embossed into the glass. 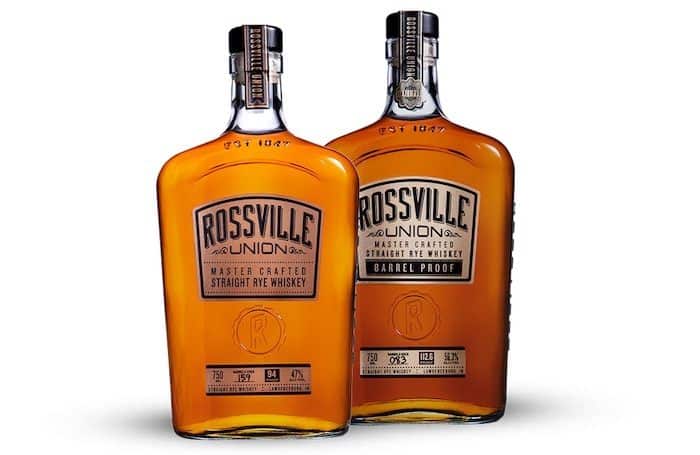 “With Rossville Union we deliver two unique, perfectly-balanced rye whiskeys that shows our distilling and blending expertise and character – at its boldest,” said Andrew Mansinne, Vice President of Brands, MGP Ingredients, in a prepared statement. “Rossville Union is crafted in the heart of rye whiskey country, in one of the most storied distilleries in the nation that has been in continuous production for almost two centuries.”

Plans call for Rossville Master Crafted to price around $40, while Master Crafted Barrel Proof will price around $70. Both will initially be available starting next month in Arizona, Colorado, Illinois, Indiana, Iowa, Kansas, Kentucky, Minnesota, Missouri, Nebraska, Ohio and Wisconsin. You’ll find below some limited official tasting notes for each.