Maryland’s Gray Wolf Distilling Company, part of the developing craft distillery scene in a state historically known for its own rye whiskey style, recently released a new expression known as Gray Wolf Rye Whiskey. This happens as the distillery rebrands for its four year anniversary.

The Gray Wolf Rye Whiskey is distilled from 60% rye and 40% malted barley and has been solera aged in three casks. It starts in charred North American oak barrels, then moves to port wine casks where its maturation evolves. It finishes in Appalachian grown white oak vats. 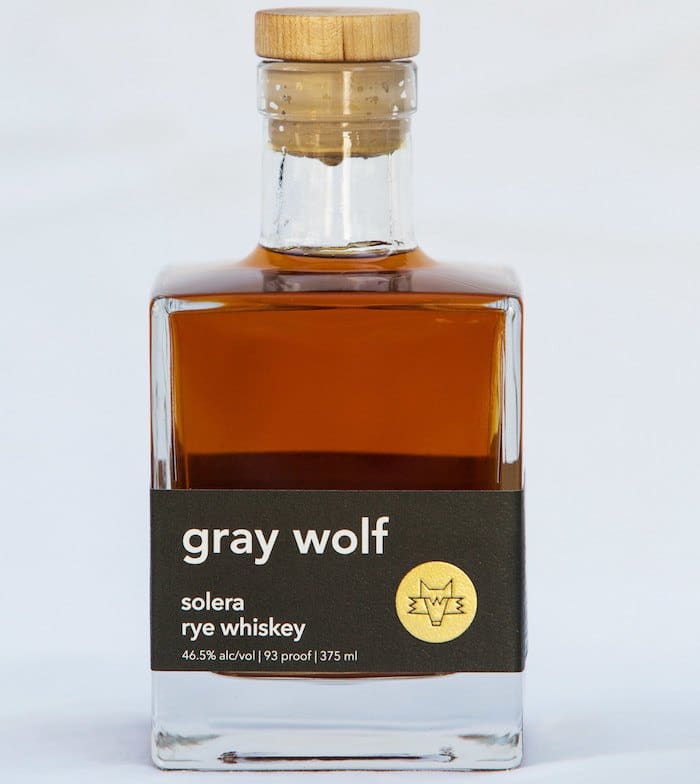 Though it is said to be more labor intensive and requires more effort, distiller and co-founder R.B. Wolfensberger said in a prepared statement that it adds to the whiskey’s complexity and depth. “I wanted to make a rye, and like with everything I make, I wanted to be creative. I wanted to make something exceptional. The solera process intrigued me. By transferring our whiskey into different vessels during the maturation period, remarkable notes can be achieved.

“The proof of this is evident with the signature peppery spice of the rye grain that is abundant yet balanced with the softness of the malt. Notes of maple cinnamon and vanilla commingle with a cherry undertone and hints of smoke.”

The distillery earlier this year had pivoted to creating hand sanitizer amid the pandemic, like many other distilleries. They say they were more vulnerable to the economic struggles caused by 2020.

“My mantra has been pivot, adapt, move forward,” noted Owner and Co-Founder Meghan Brown. “Elevating our branding at this time is designed to be a reset, reinvigorating our vision for the future. We are thrilled to be celebrating four years and are eager to progress.

“Enhancements to the Gray Wolf logo and existing labels adds cohesion to the brand as it welcomes the new whiskey into the portfolio.”

The first batch of Gray Wolf Rye Whiskey became available late last month at the distillery and select Maryland farmer’s markets. It is bottled in a 375 ml bottle at 46.5% ABV and priced around $27.