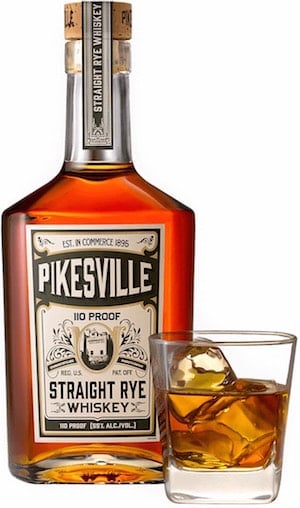 Pikesville Rye whiskey is a Maryland style rye with a long history to it (very late 1800s) that’s still produced for drinkers in its region of origin by Kentucky bourbon giant Heaven Hill. Given that there is a huge surge in rye whiskey interest these days it makes sense any and all liquor of this type would be thrust into a national spotlight, which is exactly what is about to happen with this living piece of whiskey lore.

What’s being called Pikesville Straight Rye has a planned September debut, according to a recent newsletter Heaven Hill sent out. This whiskey, produced in Kentucky like the more regional iteration previously mentioned, is a six year old expression drawn from “extra-aged barrels stored in prime warehouse locations.” It is being bottled at 110 proof.

Whiskycast has a great breakdown of the recent unveiling of the more premium Pikesville I encourage you to check out. One marked difference to note between this new bottling and the other one is price – whereas the older Pikesville has an average price these days around $16, the one planned for fall release is closer to $50.

Official tasting notes from Heaven Hill, by the way, are below for your consideration.