Local Malt: The Next Step For Craft American Whiskey

It’s no secret that here in the Northwest, we take “local” very seriously. It seems like every distiller I know is focused on maximizing their use of local ingredients, from that world-famous Bull Run water in Oregon to locally sourced fruits and botanicals. But one distillery in the Portland area is taking local to a new level with the impending December release of its new Oregon Single Malt American Whiskey, a Scotch-style whiskey made by Tualatin Valley Distilling from barley bred, grown, and malted right here in our backyard. 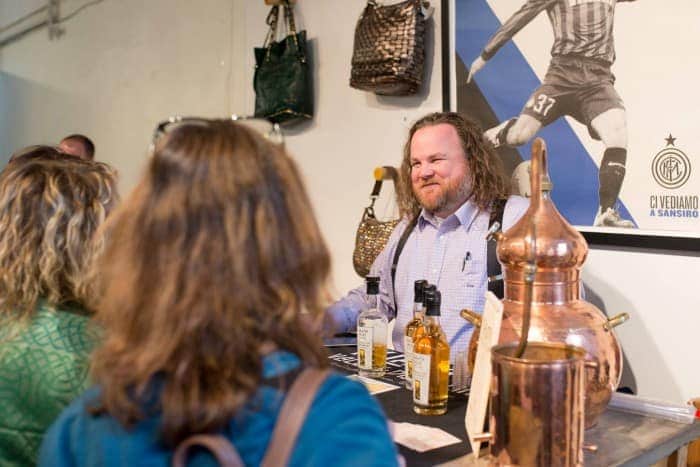 Founded in 2013, Tualatin Valley Distilling offers a handful of whiskeys, including a single malt, as well as a product they call “Fifty/Fifty,” made from 50% malted barley and 50% rye. Both mash bills are available in new make and aged versions, which spend less than a year in five-gallon oak barrels. They’ve also recently introduced a historical take on the flavored whiskey phenomena called Morewood’s Usquebaugh, a heavily-spiced and saffron accented grain spirit based on a pre-Victorian recipe.

So they turned to Mecca Grade Estate Malt, a new craft maltery on a 1,000 acre multi-generational farm in Madras, a community in Central Oregon. Mecca Grade grows and malts a specific variety of barley called Full Pint, which was developed at Oregon State University for another flagship Oregon industry: craft brewing. “Full Pint has a really nutty, graham cracker-like quality to it,” says Seth Klann, founder of Mecca Grade Estate Malt. “Even in our palest malt, you get that graham cracker complexity.” 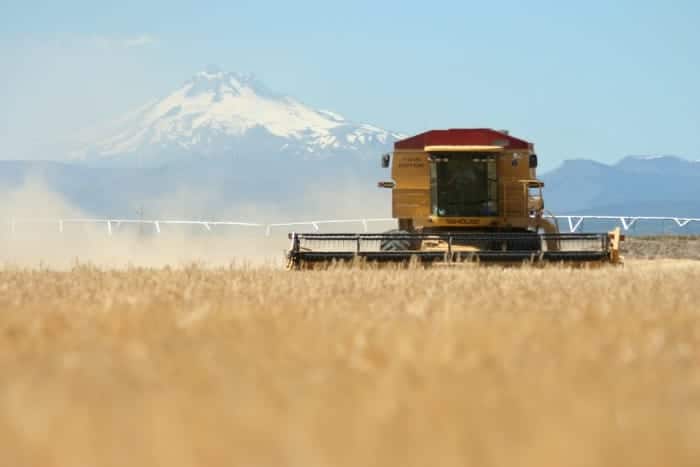 In simple terms, malting is the process of exposing a grain to moisture to begin germination, which starts the conversion of starch to sugar within the carbohydrate-rich interior of the seed. At just the right moment in that process, the grains are dried to halt germination, and then kilned to develop more flavor and that distinctive, toasty aroma beer and whiskey drinkers know and love.

Many whiskey fans are familiar with floor malting, a historic method still used by several Scotch distilleries. Barley is spread across a large floor and turned regularly by able-bodied distillery hands with shovels until it reaches the right stage of germination. It’s a labor-intensive, time-consuming process, but it gives distillers a lot of control over the grain.

Modern malt houses in the United States use beds or boxes that hold layers of grain at least three feet deep, which are then aerated with hot forced air. That process is fast and productive, but it’s also energy-intensive and requires the barley be bred to work within the parameters of the malting equipment. Those equipment parameters limit the diversity of useable barley varieties, which, in turn, prevents farmers from tapping into the entire flavor spectrum that barley can offer. 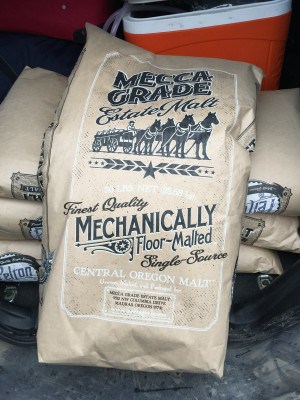 Mecca Grade Estate Malt has designed a proprietary malting system that it says combines the best aspect of floor and bed malting. It uses machinery for efficiency, but retains a thinner grain bed that gives the maltsters better control over the process. “There’s something special about floor malting that we wanted to retain,” says Klann. “Uniformity is important because it increases the depth of flavor. I knew one of the skepticisms about craft malting was the quality might not be there. It’s not enough for us to just be local; we need to bring quality. Most brewers and distillers are very discerning: they don’t want a product that’s all over the map from batch to batch. That’s why we invested so much in technology and design to get it dialed in.”

For their Oregon Single Malt, Tualatin Valley Distilling chose Mecca Grade’s Pelton malt, a lightly toasted malt named (like all their malts) after one of Central Oregon’s ghost towns. “We get an almost peanutty, peanut butter and jelly-type flavor profile with a deeper, sweeter quality,” O’Donnell describes. “It is special enough that we want to go full production of our single malts with Mecca Grade.” At Tualatin Valley Distilling’s request, Mecca Grade is also experimenting with a malted rye and working on a line of Oregon-centric smoked malts, including some smoked with cherry, apple, juniper, and hazelnut woods.

So much attention and care goes into the selection of water, yeast, and aging vessels for most whiskeys, but many distilleries haven’t yet begun to explore the impact malt selection can have on their final product. Virtually all malt sold in the United States is one of a tiny handful of barley varieties, malted by one of an even smaller handful of industrial malteries. Don’t get me wrong – those malts make excellent products – but I’m excited to find out what other flavors can be unearthed by craft malteries dedicated to experimentation, discovery, and the development of regional terroir.