Does Local Grain Matter for Whiskey?

While most of the world’s whiskey is still made from commodity grain, the number of distilleries making spirit from local grain is growing fast, and many maintain that it just tastes better than the stuff made from the cheapest available stock.

Once a novelty, so-called “seed to glass” distillers are becoming almost commonplace, particularly in the American craft community. Dozens of craft distilleries are growing some or all of their own grain, while many more are preferentially sourcing grain from local farmers. Noteworthy examples include Seattle’s Westland Distillery, which uses locally grown and locally malted barley; Colorado’s Leopold Bros. Distillery, which uses Colorado-grown barley and rye; and Texas’ Balcones Distillery, which uses Southwest grown corn, including heirloom blue corn varieties. 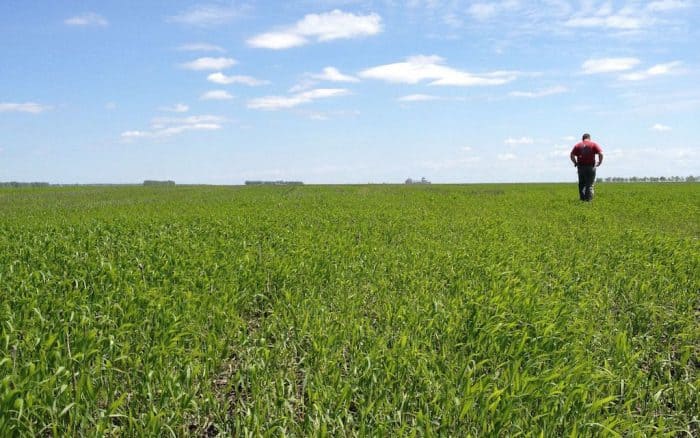 But that list just scratches the surface. Virtually every whiskey maker in New York State uses a significant percentage of New York-grown grain, as their laws give preferential treatment to distilleries that source a majority of their ingredients from in-state suppliers. Washington State and British Columbia have similar laws, and other states are considering following suit. Even big players like Buffalo Trace are experimenting with local grain, albeit in a limited way.

But it’s not just confined to American operations. Scottish distillers are also turning their gaze homeward when it comes to sourcing barley, with many reviving retired or nascent farming operations to supply grain for single malt. Kilchoman, the newest Islay distillery, is a fully integrated farm distillery. It grows 160 acres of barley on its property, which it malts in a traditional onsite floor-malting facility. Yet not even Kilchoman can supply 100% of its own needs. It supplements estate-grown barley with malt from the nearby Port Charlotte maltings, which supply many of the other Islay distilleries.

However, the question remains: can you taste the difference between whiskey made with local grain, and the mainstream stuff? The jury’s still out. Some maintain that the quality of the grain makes a significant impact on the final flavor of the finished spirit, while others say barley’s barley and corn’s corn. Regardless, whiskey made with local barley can definitely be delicious stuff, and if it supports your values, all the better. Springbank’s Local Barley releases get aficionados slavering whenever they’re released, and Kilchoman’s Machir Bay release won Whisky of the Year in the 2013 International Whisky Competition.

31
Shares
214
Views
Share on FacebookShare on TwitterGet Our Newsletter
Cheers to the Dads! Personalize a bottle of his favorite whiskey to create a modern gift for the modern man. Use code: FATHERSDAY20 for $20 off your next order of $100 or more at ReserveBar