For the unfamiliar, Ohio has some fairly strict liquor laws. Those regulations make finding certain whiskeys rather difficult, and finding a whiskey bar a bit of an oddity. The Winking Lizard Tavern, a popular Ohio-based chain of beer-and-burger bars, is trying to fill that empty space with a whiskey bar attachment to their restaurants known as “Lizardville.”

For the sake of disclosure, I frequent the Akron-area Winking Lizard Tavern. There are, of course, several locations in the greater Cleveland area, including one downtown near the Indians baseball team’s stadium, as well as several in Columbus. Each location varies in size and structure, but the interior decor is quite similar. And, although each location of Lizardville is independently owned, they all operate under similar guidelines and have much of the same stock. 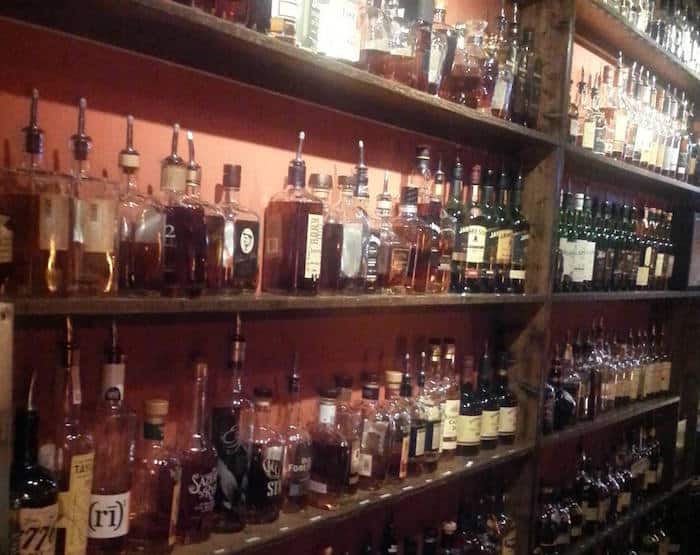 Each Lizardville has a large selection that is constantly in stock, as well as a selection of rare and small releases that change often.  Standby whiskeys include tried-and-true favorites as well as specialty releases from brands like Elijah Craig, Laphroig, Wild Turkey, and Oban, as well as some craft offerings. I’ve even seen the occasional special release only available from the Winking Lizard. And, if whiskey isn’t your thing, Lizardville also serves specialty craft beer in bottles and on draft, as well as cigars.

The staff at each Lizardville participates in weekly classes, and writes reviews and tasting notes for each whiskey in stock. All this knowledge, of course, makes finding a great new whiskey that much easier. It also makes it a lot less disappointing to learn something is not currently in stock when you know you’ll be directed toward something similar and just as good. And thankfully, if you get tired of sipping whiskey (or just get hungry), each Lizardville is attached to a Winking Lizard restaurant, all of which serve great pub food.

Next time you’re in Ohio and in search of a dram or two, a trip to Lizardville might be just what you need.

307
Shares
526
Views
Share on FacebookShare on TwitterGet Our Newsletter
Get The Glenlivet 18 Year Old at ReserveBar. Shop now!